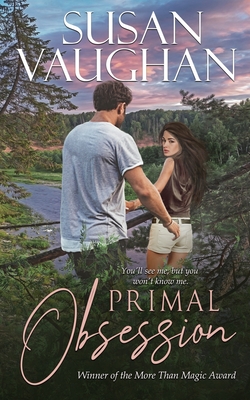 NEW COVER ****Part of a two-book set, but a stand-alone novel with its own conclusion. No cliff-hangers.
You'll see me, but you won't know me.
After hitting rock-bottom, former Major-Leaguer Sam Kincaid returned home to guide canoe expeditions in the Maine wilderness. He needs to make this gig a success. He doesn't need a smart-mouthed city girl reminding him how far he's fallen, even if she's damned sexy. The last thing he needs is to care what she thinks.
Annie Wylde, an investigative journalist, embarks on a canoe trip to keep the pact made with her friend, murdered by a serial killer called the Hunter, a man she's been profiling in her stories. She struggles with nature's challenges and fights her attraction to Sam, considering him an arrogant jock like her ex. But soon he proves to be much more than testosterone and dimples.
When the trip turns deadly, they realize the Hunter has followed her into the wilderness. With Annie's life on the line, Sam faces the challenge of his life because she's become much more than a client to him. If they survive the ordeal, can they find a way to each other?

SUSAN VAUGHAN is the multi-published author of romantic suspense novels. Her books have won the Golden Leaf and More Than Magic awards and have been an RT Book Reviews Magazine Reviewer's Choice Nominee and a finalist for the Booksellers' Best and Daphne du Maurier awards. Her books have been translated into German, French, Spanish, and Icelandic and published in more than eleven countries. She's a West Virginia native, but she and her husband have lived in Maine for many years. Visit her at www.susanvaughan.com. She loves to hear from readers. Contact her at SHVaughan.author@gmail.com.
or
Buy Here
Copyright © 2020 American Booksellers Association