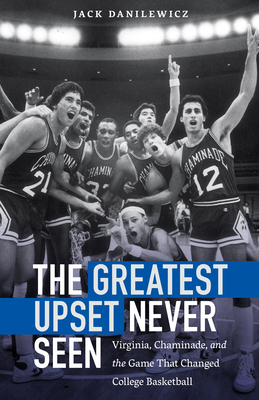 Virginia, Chaminade, and the Game That Changed College Basketball

No one had really heard of Chaminade University—a tiny NAIA Catholic school in Honolulu with fewer than eight hundred undergraduates—until its basketball game against the University of Virginia on December 23, 1982. The Chaminade Silverswords defeated the Cavaliers, then the Division I, No. 1–ranked team in the nation, in what the Washington Post later called “the biggest upset in the history of college basketball.” Virginia was the most heralded team in the country, led by seven‑foot‑four‑inch, three‑time College Basketball Player of the Year Ralph Sampson. They had just been paid $50,000—more than double Chaminade’s annual basketball budget—to play an early season tournament in Tokyo and were making a “stopover” game in Hawaii on their way back to the mainland. The Silverswords, led by forward Tony Randolph, came back in the second half and won the game 77–72.

Chaminade’s incredible victory became known as the “Miracle on Ward Avenue” or simply “The Upset” in Hawaii and was featured in the national news. Never before in the history of college basketball had a school moved so dramatically and irretrievably into the nation’s consciousness. The Silverswords’ victory was more than just an upset; it was something considered impossible. And the team’s wins over major college programs continued in the ensuing years. Today Chaminade is still referred to as “The Giant Killers”—the school that beat Ralph Sampson and Virginia.

The Greatest Upset Never Seen relives the 1982–83 season, when Chaminade put small‑college basketball and Hawaii on the national sports map.


Praise For The Greatest Upset Never Seen: Virginia, Chaminade, and the Game That Changed College Basketball…

"Whether a reader wants to remember the game, learn what the schools were like before the historic game, or what became of them and the players afterward, this book is a very good accounting of the biggest upset in college basketball history. Readers who like to read about the history of that sport will want to add it to their libraries."—Lance Smith, Guy Who Reviews Sports Books

"Jack Danilewicz's book provides rare insight into what transpired before, during, and after the contest."—Jason Zasky, Failure

“Chaminade beating Virginia is a marquee event in the National Association of Intercollegiate Athletics’ great basketball history. There should be a statue of Merv Lopes on the campus, and the story of that night should be required reading in Hawaii schools.”—Neil Everett, anchor of ESPN’s SportsCenter

“Nearly four decades after the colossal upset that both astounded and charmed the college basketball world, The Greatest Upset Never Seen provides a front-row ticket to relive tiny Chaminade University’s 1982 takedown of No. 1 Virginia and the towering Ralph Sampson. Jack Danilewicz takes us into the two programs, into the locker room, and onto the court—but also into the minds of many of the key figures. Far more than a recap of the game, [it] also profiles participants of what was an instant classic long before anyone thought to call them that.”—Mike Deacon, veteran Chicago sportswriter of the Daily Southtown and the Chicago Tribune


“I remember this epic game with crystal-like clarity! I was a young Division I assistant coach and this game gave all of us at the mid-major level hope that we too could someday shock the college basketball establishment. Jack’s book is an outstanding look back at a once-in-a-lifetime upset and a must-read for any sports fan.”—David Kaplan, host of Kap and Company, ESPN 1000

Jack Danilewicz began his writing career as a correspondent for the Daily Southtown in Chicago. His articles have appeared in the San Diego Union-Tribune, the Honolulu Star-Bulletin, Honolulu Magazine, the Omaha World-Herald, the Fort Wayne Journal Gazette, and other newspapers.