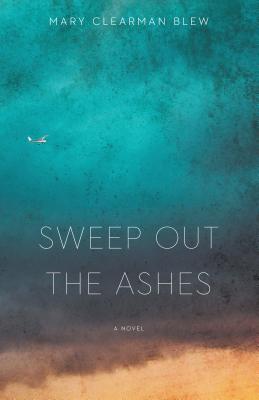 Sweep Out the Ashes

Diana Karnov came to Versailles to uncover secrets. Teaching college history in remote northern Montana offers the opportunity to put distance between herself and her overbearing great-aunts and to uncover information about her parents, especially the father she can’t even remember.

At first overwhelmed by the brutal winter, Diana throws herself into exploring mysteries her aunts refuse to explain. Eventually, she befriends several locals, including a student, Cheryl Le Tellier, and her brother, Jake. As Diana’s relationship with Jake deepens, he discusses his Métis heritage and culture, exposing the enormous gaps in her historical knowledge. Astounded, Diana begins to understand that American narratives, what she learns about her father, and the capacity for women to work and learn is not as set and certain as she was taught. Mary Clearman Blew deftly balances these 1970s pressure points with multifaceted characters and a layered romance to deliver an instant Western classic.

Praise For Sweep Out the Ashes: A Novel…

“Sweep Out the Ashes ingeniously weaves surprising narrative strands into a single powerhouse story. It’s a brand-new kind of western novel, and if ever there was a serious page-turner, it’s this book.”—David Huddle, author of The Faulkes Chronicle and My Immaculate Assassin


“Smart, witty, hard-hitting, tender, and compelling. . . . Much more than a saga about women struggling for their rightful place in the world, though, this book stages a fascinating love story, a fresh look at ethnic relations, and an exciting exploration of history and its surprising revelations. It’s a damned good read.”—Joy Passanante, author of Through a Long Absence: Words from My Father’s Wars

“Sweep Out the Ashes is a poignant and often funny portrayal of ignorance and growth. Blew invites readers to discover that this conglomeration of people we call a nation is far richer than we thought, and maybe more promising.”—Kent Meyers, author of Twisted Tree

​Mary Clearman Blew is the author or editor of numerous fiction and nonfiction books, including the novels Ruby Dreams of Janis Joplin (Nebraska, 2018) and Jackalope Dreams (Nebraska, 2008), and the memoir This Is Not the Ivy League (Nebraska, 2011). She is professor emerita of English at the University of Idaho and has won numerous awards, including the Western Literature Association’s Distinguished Achievement Award.