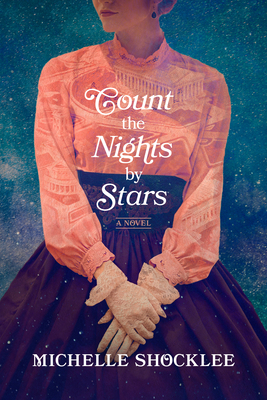 Count the Nights by Stars

A 2023 Christianity Today Book of the Year Award-winner

Count your nights by stars, not shadows. Count your life with smiles, not tears.


1961. After a longtime resident at Nashville's historic Maxwell House Hotel suffers a debilitating stroke, Audrey Whitfield is tasked with cleaning out the reclusive woman's room. There, she discovers an elaborate scrapbook filled with memorabilia from the Tennessee Centennial Exposition. Love notes on the backs of unmailed postcards inside capture Audrey's imagination with hints of a forbidden romance . . . and troubling revelations about the disappearance of young women at the exposition. Audrey enlists the help of a handsome hotel guest as she tracks down clues and information about the mysterious "Peaches" and her regrets over one fateful day, nearly sixty-five years earlier.

1897. Outspoken and forward-thinking Priscilla Nichols isn't willing to settle for just any man. She's still holding out hope for love when she meets Luca Moretti on the eve of the Tennessee Centennial Exposition. Charmed by the Italian immigrant's boldness, Priscilla spends time exploring the wonderous sights of the expo with Luca--until a darkness overshadows the monthslong event. Haunted by a terrible truth, Priscilla and Luca are sent down separate paths as the night's stars fade into dawn.