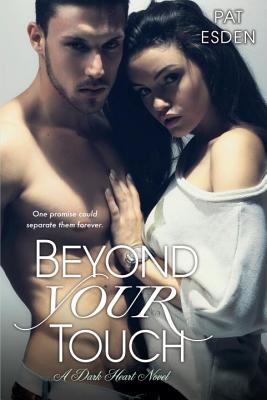 Beyond Your Touch (Dark Heart #2)

She wants more than he can promise.
His desires could lead to betrayal.
But without each other, neither can survive the dangers ahead.


Annie Freemont knows this isn’t the right time to get involved with a man like Chase. After years of distrust, she’s finally drawing close to her estranged family, and he’s an employee on their estate in Maine. Though she never intended to stay on the estate for long, her father’s illness and the mysteries surrounding her family made leaving impossible. And now with the newfound hope of rescuing her long-missing mother, Annie’s determined to be involved with the family’s plans one way or another.

If only she could keep her mind off Chase and focus on the impending rescue. But there’s something about the enigmatic Chase that she can’t resist. And she’s not the only woman. Annie fears a seductive stranger who is key to safely freeing her mother is also obsessed with him. As plans transform into action and time for a treacherous journey into a strange world draws near, every move Annie makes will test the one bond she’s trusted with her secrets, her desires—and her heart.

PAT ESDEN would love to say she spent her childhood in intellectual pursuits. The truth is she was fonder of exploring abandoned houses and old cemeteries. When not out on her own adventures, she can be found in her northern Vermont home writing stories about brave, smart women and the men who capture their hearts. An antique-dealing florist by trade, she’s also a member of Science Fiction & Fantasy Writers of America, Romance Writers of America, and the League of Vermont Writers. Her short stories have appeared in a number of publications, including Orson Scott Card’s Intergalactic Medicine Show, the Mythopoeic Society’s Mythic Circle literary magazine, and George H. Scithers’s anthology Cat Tales. You can find Pat online at PatEsden.com, Facebook.com/PatEsdenAuthor, Twitter @PatEsden, and PatEsden.blogspot.com.
Loading...
or support indie stores by buying on