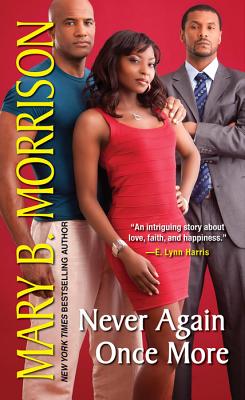 In one of the captivating books that made New York Times bestselling author Mary B. Morrison a star, ex-lovers face new conflicts that will challenge decisions they made years ago. . .

Jada Diamond Tanner thought she'd chosen the right man in Lawrence Anderson, her rock-solid husband and stepfather to her son, Darius. But did she really choose wisely when she turned her back on Wellington Jones, her one true soul mate? For twenty years, Jada has kept her distance from him. Yet now, the cracks in her carefully constructed life are beginning to show.

Adding to her troubles is Darius's destructive behavior. To get Darius on the right path, Jada reluctantly lets Wellington be the father Darius needs. But with each day back in Wellington's company, Jada begins to realize that she has one important choice left. . .

New York Times bestselling author Mary B. Morrison believes that women should shape their own destiny. Born in Aurora, IL, and raised in New Orleans, LA, she took a chance and quit her near six-figure government job to self-publish her first book, Soulmates Dissipate, in 2000 and begin her literary career. Mary's books have appeared on numerous bestseller lists. Mary is actively involved in a variety of philanthropic endeavors, and in 2006 she sponsored the publication of an anthology written by 33 sixth-graders. In 2010 and 2014, Mary produced a play based on her novel, Single Husbands, which she wrote under her pseudonym, HoneyB. Her wonderful son, Jesse Byrd, Jr., is the owner of Oiseau Clothes and is writing novels for adolescents. Mary currently resides in Atlanta, Georgia. Visit Mary Honey B Morrison on Facebook, Twitter @ marybmorrison, and at MaryMorrison.com.
Loading...
or
Not Currently Available for Direct Purchase