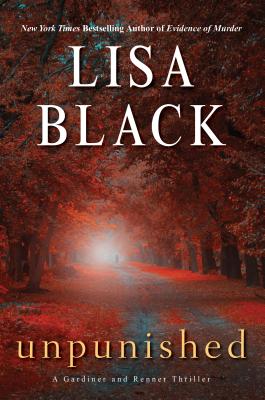 Unpunished (A Gardiner and Renner Novel #2)

Maggie Gardiner, a forensic expert who studies the dead, and Jack Renner, a homicide cop who stalks the living, form an uneasy partnership to solve a series of murders in this powerful new thriller by the bestselling author of That Darkness.

It begins with the kind of bizarre death that makes headlines—literally. A copy editor at the Cleveland Herald is found hanging above the grinding wheels of the newspaper assembly line, a wide strap wrapped around his throat. Forensic investigator Maggie Gardiner has her suspicions about this apparent suicide inside the tsunami of tensions that is the news industry today—and when the evidence suggests murder, Maggie has no choice but to place her trust in the one person she doesn’t trust at all . . .

Jack Renner is a killer with a conscience, a vigilante with his own code of honor. In the past, Jack has used his skills and connections as a homicide detective to take the law into his own hands, all in the name of justice. He has only one problem: Maggie knows his secret. She insists he enforce the law, not subvert it. But when more newspaper employees are slain, Jack may be the only person who can help Maggie unmask the killer-- even if Jack is still checking names off his own private murder list.

New York Times bestselling author Lisa Black introduced the characters of Maggie Gardiner and Jack Renner in her acclaimed suspense novel That Darkness.  She is the author of seven novels in the Theresa MacLean mystery series and two novels written as Elizabeth Becka. As a forensic scientist at the Cuyahoga County Coroner’s Office, she analyzed gunshot residue on hands and clothing, hairs, fibers, paint, glass, DNA, blood and many other forms of trace evidence, as well as crime scenes. Now she is a latent print examiner and CSI for the Cape Coral Police Department in Florida, working mostly with fingerprints and crime scenes.

Lisa has lectured at writers’ conventions and appeared on panels, and is a member of Sisters In Crime, Mystery Writers of America, and International Thriller Writers. As a forensic specialist, she is a member of the American Academy of Forensic Scientists, the International Association for Identification, the International Association of Bloodstain Pattern Analysts and is a Certified Latent Print Examiner. She has testified in court as an expert witness over 65 times. Her books have been translated into six languages.  She lives near Fort Myers, Florida. Visit her on Facebook, Twitter, or at www.lisa-black.com.
Loading...
or
Not Currently Available for Direct Purchase