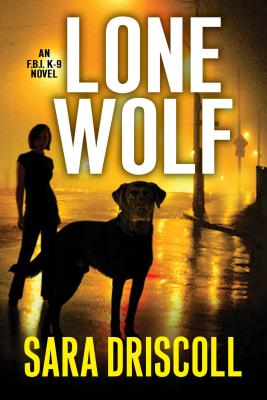 In the first book in a thrilling new series, FBI Special Agent Meg Jennings and Hawk, her loyal search-and-rescue Labrador, must race against time as they zero in on one of the deadliest killers in the country . . .

Meg and Hawk are part of the FBI’s elite K-9 unit. Hawk can sniff out bodies anywhere—living or dead—whether it’s tracking a criminal or finding a missing person. When a bomb rips apart a government building on the National Mall in Washington D.C., it takes all of the team’s extensive search-and-rescue training to locate and save the workers and visitors buried beneath the rubble.

But even as the duo are hailed as heroes, a mad bomber remains at large, striking terror across the Eastern seaboard in a ruthless pursuit of retribution. As more bombs are detonated and the body count escalates, Meg and Hawk are brought in to a task force dedicated to stopping the unseen killer. But when the attacks spiral wide and any number of locations could be the next target, it will come down to a battle of wits and survival skills between Meg, Hawk, and the bomber they’re tracking to rescue a nation from the brink of chaos.

Sara Driscoll is the pen name of Jen J. Danna and Ann Vanderlaan, authors of the Abbott and Lowell Forensic Mysteries. Jen is an infectious disease researcher at a cutting edge Canadian university near Toronto, but loves to spend her free time writing the thrilling and mysterious. Ann lives in central Texas with five rescued pit bulls, including Kane, now a certified therapy dog. She also trains with Kane for competitive nose work. You can follow the latest news on the FBI K-9 Mysteries at www.saradriscollauthor.com.
or
Not Currently Available for Direct Purchase
Copyright © 2020 American Booksellers Association