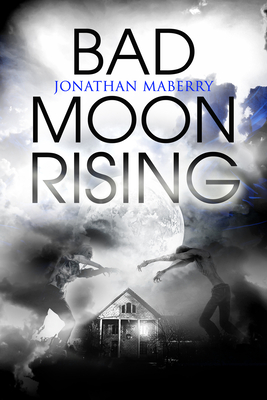 “Maberry will scare the hell out of you.” —Tess Gerritsen

The final novel in the award-winning Pine Deep saga . . .

In the Pennsylvania town of Pine Deep, a handful of brave souls prepare for an unspeakable evil that has been gathering strength for thirty years. On Halloween night, the legend that has haunted their community will return with a vengeance. The dead will rise, the damned will take human form, and a red wave of terror will consume every man, woman, and child. For the few left standing, time is running out. Daylight is fading, and the ultimate battle between good and evil is about to begin . . .

“Jonathan Maberry’s horror is rich and visceral. It’s close to the heart . . . and close to the jugular.” —Kevin J. Anderson

“Maberry’s works will be read for many, many years to come.” —Ray Bradbury

JONATHAN MABERRY is a New York Times bestselling and five-time Bram Stoker Award-winning horror and thriller author, editor, comic book writer, magazine feature writer, playwright, content creator and writing teacher/lecturer. He was named one of the Today’s Top Ten Horror Writers by Horror Novel Reviews. His award-winning young adult novel Rot & Ruin is an American Library Association Top Pick. His novels Extinction Machine  and V-Wars are in development for TV, and Rot & Ruin is being developed for film. His books have been published in more than two-dozen countries. He lives in southern California. Readers are invited to visit him on Facebook and at www.jonathanmaberry.com.
Loading...
or
Not Currently Available for Direct Purchase