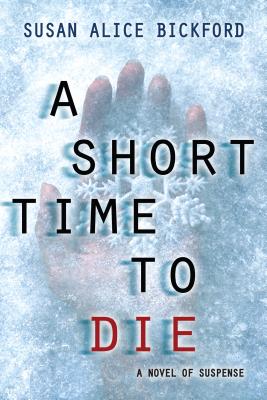 A Short Time to Die

In this electrifying thriller, two women from opposite sides of the country find their lives inextricably bound—by blood, by fear, and by a merciless, murderous revenge . . .

Walking home on a foggy night, Marly Shaw stops in the glare of approaching headlights. Two men step out of a pickup truck. One of them is her stepfather. A sudden, desperate chase erupts in gunshots. Both men are left dead. And a terrified girl is on the run—for the rest of her life . . .

Thirteen years later, human bones discovered in the Santa Cruz Mountains of California are linked to a mother and son from Central New York. Santa Clara County Sheriff’s Detective Vanessa Alba and her partner, Jack Wong, dive into an investigation that lures them deep into the Finger Lakes. They find a community silenced by the brutal grip of a powerful family bound by a twisted sense of blood and honor, whose dark secrets still haunt the one family member who thought she got away . . .

“Held me captive from the first page to the last. Vivid settings and strength of character kept me reading late, late into the night, to an ending I never expected.” —Taylor Stevens, New York Times bestselling author of The Informationist

“Bickford's tale of revenge, the dark reach and power of generational crime and violence, and of two brave and bright girls who become capable, fearless women is gripping, chilling, and original. Add in a keen, exacting eye for character and place that transcends ‘genre’ and A Short Time to Die is sure to stay with you for a long, long time.” — Eric Rickstad, New York Times bestselling author of The Silent Girls and Lie in Wait

Susan Alice Bickford was born in Boston, Massachusetts and grew up in Central New York. Her passion for technology pulled her to Silicon Valley, where she became an executive at a leading technology company. She now works as an independent consultant, and continues to be fascinated by all things high tech. She splits her time between Silicon Valley and Vermont. A Short Time to Die is her first novel. Visit her on Facebook or at www.susanalicebickford.com.
Loading...
or support indie stores by buying on
(This book is on backorder)