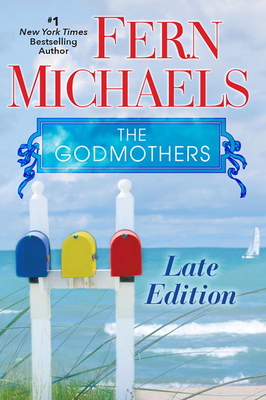 Teresa “Toots” Loudenberry has a knack for finding adventure, even when she’s not looking for it. But ever since her friend Sophie convinced her to start holding regular séances, life in Los Angeles is getting a little too dramatic even for Toots’s tastes. When their friend Ida receives a message from the beyond suggesting that her late husband was murdered, a spooked Toots decides it’s time the Godmothers left LA for her hometown of Charleston…

Meanwhile, Mavis, the final member of their group, has been acting suspiciously, mailing packages in bulk and refusing to divulge what she’s up to. She should know by now that Ida, Toots, and Sophie will never let secrets rest or ignore a friend in need. And when the Godmothers discover that whoever killed Ida’s husband has plans for Ida too, they’ll do what they do best—rally together, concoct a daring plan, and show the world there is no match for these four formidable friends...

“A page-turner... the perfect blend of mystery, adventure and romance.” —The Charleston Mercury

FERN MICHAELS is the USA Today and New York Times bestselling author of the Sisterhood, Men of the Sisterhood, and Godmothers series, as well as dozens of other novels and novellas. There are over one-hundred ten million copies of her books in print. Fern Michaels has built and funded several large day-care centers in her hometown, and is a passionate animal lover who has outfitted police dogs across the country with special bulletproof vests. She shares her home in South Carolina with her four dogs and a resident ghost named Mary Margaret. Visit her website at www.fernmichaels.com.
Loading...
or support indie stores by buying on