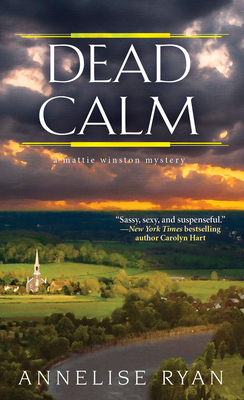 As deputy medical examiner and homicide detective respectively, newlyweds Mattie Winston and Steve Hurley are dispatched to a grisly crime scene at the Grizzly Motel, a seedy joint for illicit liaisons on the outskirts of Sorenson, Wisconsin. A man and woman are found dead next to each other in bed in what initially appears to be a grim but straightforward murder-suicide. An affair gone sour?

But as the forensic evidence is gathered and autopsies are performed, Mattie and Hurley realize the scene has been staged. They have a double murder on their hands. The spurned spouses of both victims top the list of suspects, but as more is revealed, the case becomes increasingly complex. Dividing their time and resources between the crime and an ongoing investigation involving Mattie's father, plus caring for their kids, the two are stretched to their limits. After another victim turns up dead, there's no room for error as they stage a scene of their own to back the killer into a corner . . .

“The forensic details will interest Patricia Cornwell readers . . . while the often slapstick humor and the blossoming romance between Mattie and Hurley will draw Evanovich fans.” —Booklist

“A puzzler of a mystery. Annelise Ryan has created a smart and saucy heroine in Mattie Winston . . . What a thrill ride!” —New York Times bestselling author Jenn McKinlay

USA Today bestselling author Annelise Ryan is the pseudonym for the author of the Mattie Winston Mysteries and another mystery series. She has written more than 200 published articles, worked as a book reviewer for Barnes & Noble, and is an active member of Mystery Writers of America and International Thriller Writers. She currently works as a registered nurse in an ER. She can be reached at www.mattiewinston.com.
Loading...
or
Not Currently Available for Direct Purchase