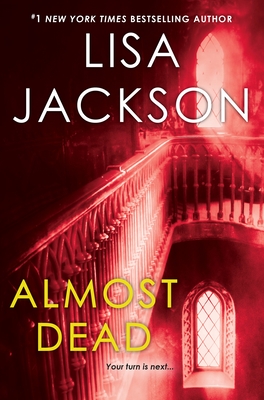 In an atmospheric, chilling novel from #1 New York Times bestselling author Lisa Jackson, a string of murders points to a terrifying secret within a wealthy San Francisco family…

Shock and grief play tricks on the mind. Cissy Cahill has been telling herself that a lot lately. Even if Cissy wasn’t particularly close to her grandmother, Eugenia Cahill’s sudden death was bound to take a toll. That would explain the footsteps Cissy hears when there’s no one around, the scent of another woman’s perfume, the unnerving shadows outside her son’s bedroom window. She doesn’t want to panic—or give her estranged husband, Jack, more reason to try and move back in. After all, why would anyone choose to target her?

For generations, the Cahills have been one of San Francisco’s most affluent families, with a splendid manor perched high above the Bay. Money like theirs offers not just privilege, but protection. Yet something has changed. One by one, Cahills are dying in brutal ways. Uncertain who to trust, Cissy is desperate to keep her young son safe. And the only way is to delve into her family’s past and uncover the twisted truth…before a killer finds them.