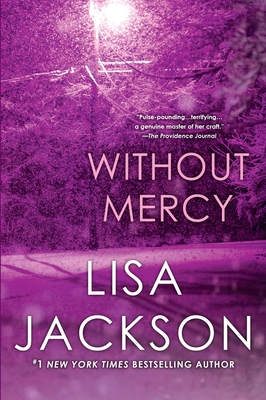 From #1 New York Times bestselling author Lisa Jackson comes a pulse-pounding thriller that goes behind the doors of an exclusive academy with a terrifying secret . . .

Ever since her father was killed in a home invasion, Julia “Jules” Farentino has been plagued by nightmares. Her half-sister, Shaylee, now seventeen, has had her own difficulties, earning a lengthy rap sheet. Still, when Jules learns of her mother’s decision to send Shay to Blue Rock Academy, an elite boarding school in Oregon, Jules is skeptical. A student went missing a few months earlier and there are rumors she may have died during one of the school’s questionable treatments.

On impulse, Jules applies for a teaching job at the Academy. Shortly before she arrives, a student is found hanged, another near death. Hysterical, Shay believes it’s murder. Staff members are wary and unwelcoming—all except Cooper Trent, who has his own suspicions, his own secrets, and was once Jules’s lover.

Then another girl is found dead. Something sinister is at hand—but Jules may be too late to stop it. Behind the Academy’s idyllic veneer lurks an evil force on a brutal and terrifying mission. And Jules has become the next target of a bloodthirsty killer without limits, without remorse, without mercy . . .

“THE BOOK’S ENDING WILL THROW MOST READERS FOR A LOOP.”
—The Free Lance-Star

LISA JACKSON is the #1 New York Times bestselling author of more than seventy-five novels, including One Last Breath, You Will Pay, After She’s Gone, Close to Home, Tell Me, Deserves to Die,You Don’t Want to Know, Running Scared, and Shiver. She has over thirty million copies of her books in print in nineteen languages. She lives with her family and three rambunctious dogs in the Pacific Northwest. Readers can visit her website at www.lisajackson.com and find her on Facebook.
or
Not Currently Available for Direct Purchase
Copyright © 2020 American Booksellers Association