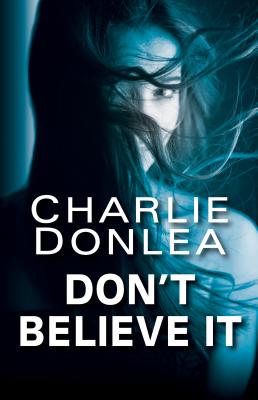 From acclaimed author Charlie Donlea comes a twisting, impossible-to-put-down novel of suspense in which a filmmaker helps clear a woman convicted of murder—only to find she may be a puppet in a sinister game.

The Girl of Sugar Beach is the most watched documentary in television history—a riveting, true-life mystery that unfolds over twelve weeks and centers on a fascinating question: Did Grace Sebold murder her boyfriend, Julian, while on a Spring Break vacation, or is she a victim of circumstance and poor police work? Grace has spent the last ten years in a St. Lucian prison, and reaches out to filmmaker Sidney Ryan in a last, desperate attempt to prove her innocence.

As Sidney begins researching, she uncovers startling evidence, additional suspects, and timeline issues that were all overlooked during the original investigation. Before the series even finishes filming, public outcry leads officials to reopen the case. But as the show surges towards its final episodes, Sidney receives a letter saying that she got it badly, terribly wrong.

Sidney has just convinced the world that Grace is innocent. Now she wonders if she has helped to free a ruthless killer. Delving into Grace’s past, she peels away layer after layer of deception. But as Sidney edges closer to the real heart of the story, she must decide if finding the truth is worth risking her newfound fame, her career . . . even her life.

Praise For Don't Believe It…

“Donlea’s framing of the story as documentary proves an effective device, and his work reads like the best nonfiction: clear, crisp and fast-moving.” —Booklist

“[I]mmediately compelling. Don't Believe It isn't your average police or detective procedural. [I]t focuses on the creation of a true crime documentary series...a lot of the appeal is of the verisimilitude that Donlea manages to pull off." —RT Book Reviews

“Fast-paced, gripping and addictive, this one will feed your true crime obsession and then some." —POPSUGAR Australia

“[N]ew York producer Sidney Ryan, the heroine of this riveting…novel from Donlea, is producing a documentary TV series. Donlea splices Sidney’s investigation with excerpted scenes from the documentary and jury room, creating a fast-paced narration. A risky late plot twist will frustrate some readers while thrilling others." —Publishers Weekly

“This novel is a pager-turner, and this accolade carries to the very last page and the very last line of the story.” —New York Journal of Books

“[A] timely thriller that builds into a shocking conclusion. Don’t Believe It is sure to appeal to fans of true crime docu-dramas, along with readers of Mary Kubica or Shari Lapena.” —Library Journal


THE GIRL WHO WAS TAKEN

USA Today bestselling author Charlie Donlea was born and raised in Chicago. He now lives in the suburbs with his wife and two young children. Readers can find him online at charliedonlea.com.
Loading...
or
Not Currently Available for Direct Purchase