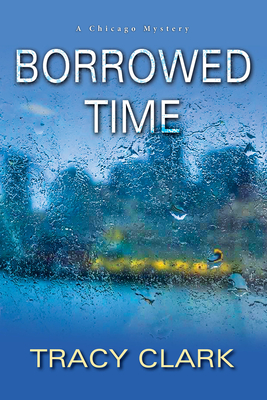 Sitting in cold cars for hours, serving lowlifes with summonses . . . being a P.I. means riding out a lot of slow patches. But sometimes the most familiar paths can lead straight to danger—like at Cass’s go-to diner, where new delivery guy Jung Byson wants to enlist her expertise. Jung’s friend, Tim Ayers, scion of a wealthy Chicago family, has been found dead, floating in Lake Michigan near his luxury boat. And Jung is convinced there’s a murderer on the loose . . .

Cass reluctantly begins digging only to discover that Jung neglected to mention one crucial fact: Tim Ayers was terminally ill. Given the large quantities of alcohol and drugs found in his body, Ayers’ death appears to be either an accident or suicide. Yet as much as Cass would like to dismiss Jung’s suspicions, there are too many unanswered questions and unexplained coincidences.

Why would anyone kill a dying man? Working her connections on both sides of the law, Cass tries to point the police in the right direction. But violence is escalating around her, and Cass’s persistence has already attracted unwanted attention, uncovering sinister secrets that Cass may end up taking to her grave.

Tracy Clark is the author of the highly acclaimed Chicago Mystery Series featuring ex-homicide cop turned PI Cassandra Raines, a hard-driving, African-American protagonist who works the mean streets of the Windy City dodging cops, cons, killers, and thugs. She received Anthony Award, Lefty Award and Shamus Award nominations for her series debut, Broken Places, which was also shortlisted for the American Library Association’s RUSA Reading List, named a CrimeReads Best New PI Book of 2018, a Midwest Connections Pick, and a Library Journal Best Books of the Year. In addition to her Cass Raines novels, Tracy’s short story “For Services Rendered,” appears in the anthology Shades of Black:Crime and Mystery Stories by African‑American Authors. A native of Chicago, she works as an editor in the newspaper industry and roots for the Cubs, Sox, Bulls, Bears, and Blackhawks equally. She is a member of Sisters in Crime, PI Writers of America, International Thriller Writers, and a Mystery Writers of America Midwest board member. Find Tracy on Facebook, follow her on Twitter @tracypc6161, or visit her online at TracyClarkBooks.com.
Loading...
or support indie stores by buying on