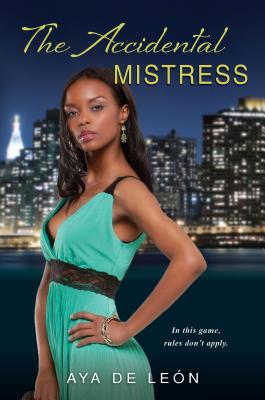 Two gorgeous sisters. One plays by the rules. The other lives her wild-card dreams on blast. But in this sizzling, twist-filled tale, they must help the exploited by putting their troubled relationship—and very different lives—on the line.

Sisters from Trinidad, Violet and Lily have never had much in common. Stunning Lily arrives undocumented in New York and makes her way as a stripper. But Harvard-educated Violet is this close to the perfect assimilated life, thanks to a prestigious job, and her rich bougie fiancé. . . . Until she aids a woman in trouble, and is mistaken for a notorious strip-club mogul’s mistress. And when she’s wrongly accused of helping him embezzle millions of his workers’ earnings, Violet loses everything—except the determination to get her life back.

Now Violet’s on his track with the help of his vengeful ex-wife and the Lower East Side Women’s Health Clinic’s resourceful crew—which includes Lily. But a dashing longtime friend hungering for Violet’s love, along with the mogul’s all-too-real psychotic mistress, put the group’s killer schemes at risk. And as Violet and Lily struggle to finally understand each other, they have only one shot to get justice for those who need it most.

Aya De León is a writer, activist, educator, spoken word poet and author of the award-winning Justice Hustlers series. The Director of June Jordan’s Poetry for the People, she teaches poetry and spoken word at UC Berkeley and is an alumna of Cave Canem, VONA and Harvard University. She is a winner of the International Latino Book Award and a two‑time winner of the Independent Publisher Book Awards, and her extensive writing credits include Guernica, Essence, Ebony, The Huffington Post, VICE, Ploughshares, Woman’s Day and Bitch magazine, among many other websites and publications. De León first came to national attention as a spoken word artist in the underground poetry scene in the San Francisco Bay Area, and a hip-hop theater artist. She lives in San Francisco and can be found online at www.AyaDeLeon.com.
or support indie stores by buying on
Copyright © 2020 American Booksellers Association