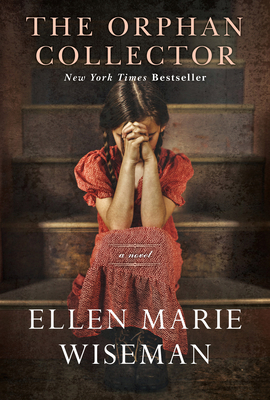 A Heroic Novel of Survival During the 1918 Influenza Pandemic

“Readers will not be able to help making comparisons to the COVID-19 pandemic, and how little has changed since 1918. Wiseman has written a touching tale of loss, survival, and perseverance with some light fantastical elements. Highly recommended.”
—Booklist

In the fall of 1918, thirteen-year-old German immigrant Pia Lange longs to be far from Philadelphia’s overcrowded slums and the anti-immigrant sentiment that compelled her father to enlist in the U.S. Army. But as her city celebrates the end of war, an even more urgent threat arrives: the Spanish flu. Funeral crepe and quarantine signs appear on doors as victims drop dead in the streets and desperate survivors wear white masks to ward off illness. When food runs out in the cramped tenement she calls home, Pia must venture alone into the quarantined city in search of supplies, leaving her baby brothers behind.

Bernice Groves has become lost in grief and bitterness since her baby died from the Spanish flu. Watching Pia leave her brothers alone, Bernice makes a shocking, life-altering decision. It becomes her sinister mission to tear families apart when they’re at their most vulnerable, planning to transform the city’s orphans and immigrant children into what she feels are “true Americans.”

Waking in a makeshift hospital days after collapsing in the street, Pia is frantic to return home. Instead, she is taken to St. Vincent’s Orphan Asylum – the first step in a long and arduous journey. As Bernice plots to keep the truth hidden at any cost in the months and years that follow, Pia must confront her own shame and fear, risking everything to see justice – and love – triumph at last. Powerful, harrowing, and ultimately exultant, The Orphan Collector is a story of love, resilience, and the lengths we will go to protect those who need us most.

“Wiseman’s writing is superb, and her descriptions of life during the Spanish Flu epidemic are chilling. Well-researched and impossible to put down, this is an emotional tug-of-war played out brilliantly on the pages and in readers’ hearts.”
—The Historical Novels Review, EDITOR’S CHOICE

“Wiseman’s depiction of the horrifying spread of the Spanish flu is eerily reminiscent of the present day and resonates with realistic depictions of suffering, particularly among the poorer immigrant population.”
—Publishers Weekly (Boxed Review)

“Reading the novel in the time of COVID-19 adds an even greater resonance, and horror, to the description of the fatal spread of that 1918 flu.”
—Kirkus Review

Praise For The Orphan Collector: A Heroic Novel of Survival During the 1918 Influenza Pandemic…

Outstanding Praise for Ellen Marie Wiseman and The Orphan Collector

“Readers will not be able to help making comparisons to the COVID-19 pandemic, and how little has changed since 1918. Wiseman has written a touching tale of loss, survival, and perseverance with some light fantastical elements. Highly recommended for all collections.” – Booklist

“The Orphan Collector is an immersive historical tale with chilling twists and turns. Set during the Spanish Flu epidemic in Philadelphia, this atmospheric novel explores the depravity to which some will sink in adversity, but it also illuminates the strength of family bonds and the resilience of the human heart. Beautifully told and richly imagined.”—Stephanie Dray, New York Times bestselling author of America’s First Daughter

“Ellen Marie Wiseman has done it again: masterfully recreated a time of crisis in American history—rendering the flu epidemic of 1918 to reveal its devastating impact on families and, most especially, children, who too often endure the egregious actions of amoral adults. The Orphan Collector is a story that relentlessly pursues those intent on committing evil deeds and those who have the courage to defy them. A breathtaking examination of family and social systems.”—Jessica Keener, author of Strangers in Budapest

“Wiseman's blistering moving and profound novel, set against the devastating backdrop of the 1918 Spanish flu, hones in on an extraordinary exploration of the plight of immigrants, as two very different women grapple with finding, keeping, and changing their place in the world. Absolutely amazing.”—Caroline Leavitt, New York Times bestselling author of With or Without You

“A meticulously researched historical novel that unfolds with the pace of a thriller, The Orphan Collector features a main character, a 13-year-old daughter of German immigrants named Pia Lange, who grabs a reader heart and soul. As the flu epidemic hits Philadelphia with savage fury in 1918, Pia's world becomes a nightmare and she uses every ounce of intelligence, resilience, and instinct to not only protect her family but also stay alive. You will be riveted by this story up to the very last page.”—Nancy Bilyeau, author of Dreamland

“Wiseman’s writing is superb, and her descriptions of life during the Spanish Flu epidemic are chilling. In Pia, Wiseman has created a character that will draw in readers with her courage and resilience. In Bernice, we find the darker side of American attitudes toward immigrants prevalent during the early 1900s. She is truly despicable character, yet horrifyingly beguiling. Well-researched and impossible to put down, this is an emotional tug-of-war played out brilliantly on the pages and in readers’ hearts.”—The Historical Novels Review, EDITOR’S CHOICE

“Wiseman chronicles the devastation the 1918 flu pandemic wrought on a German immigrant family in Philadelphia…Wiseman’s depiction of the horrifying spread of the Spanish flu is eerily reminiscent of the present day and resonates with realistic depictions of suffering, particularly among the poorer immigrant population. Historical fiction fans will appreciate Pia and her pluck and determination to survive.”—Publishers Weekly (Boxed Review)

“Wiseman’s novel raises relevant issues about what it means to be an American and about the forms that anti-American sentiment can take in times of crisis…Reading the novel in the time of COVID-19 adds an even greater resonance, and horror, to the description of the fatal spread of that 1918 flu. The pathos inspired by the sheer scale and indiscriminate nature of pandemic death is almost overwhelming, especially given current events.”—Kirkus Reviews

“The author masterfully conveys empathy for the characters…an emotional roller coaster that was eerily similar to today’s events. I felt Pia’s strength, courage, guilt, and grief come through the pages clear as day.”—The Seattle Book Review

1. No other pandemic has claimed as many lives as the influenza epidemic that swept the world in 1918-1919—not even the Black Death in the 14th century or AIDS in the 20th century—yet the Spanish Flu is seldom mentioned or even remembered. Why do you think that is? Did you know about the pandemic before reading The Orphan Collector?

2. Have you ever heard of or met anyone with Pia’s ability to sense illness in others? Would you want to be able to tell when other people are sick before they know it themselves? Why or why not?

3. When Pia knocks on her neighbors’ doors looking for food, no one will answer. Would you have answered the door if Pia knocked looking for food? What would you do if you were a poor immigrant in that situation?

4. During the time of the Spanish flu, people used all kinds of folk remedies to protect themselves from illness and help cure disease, many of which we now consider useless and even dangerous. Can you think of any other strange things people did in the past to cure or protect themselves from illness? Do you think there are folk or natural remedies that actually work?

5. Though the disease knew no gender, racial, or ethnic boundaries, Philadelphia’s immigrant poor suffered the worst, with the largest loss of life happening in the slums and tenement districts. Why do you think that was? What issues do you think contributed to it?

6. Do you think Pia should feel so guilty about losing her brothers? Do you think it would have been helpful if she had told the nuns at St. Vincent’s what happened? Should she have told Dr. and Mrs. Hudson sooner?

7. Disguised as a nurse, Bernice does a lot of horrible things to the immigrants in Philadelphia. What do you think is her worst crime? Do you think she paid for what she did?

8. How did you feel about Bernice when you first met her? When did your perception of her change? How and why did it change?