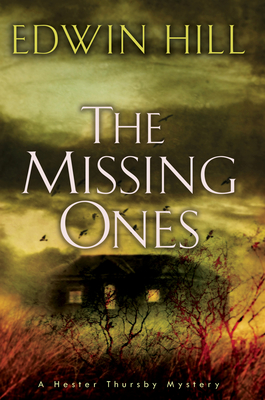 The Missing Ones (A Hester Thursby Mystery #2)

“This whodunit has broken family dynamics and a wonderfully complex and intricate mystery, plenty to engage readers looking for a new amateur detective to follow.”
—Library Journal STARRED REVIEW

“Intense…Hill is adept at building compassion for his characters in a tight-knit social web while implicating them in dark thoughts and actions. He remains a writer to watch.”
—Publishers Weekly

Hester Thursby has given up using her research skills to trace people who don’t want to be found. A traumatic case a few months ago unearthed a string of violent crimes, and left Hester riddled with self-doubt and guilt. Caring for a four-year-old is responsibility enough in a world filled with terrors Hester never could have imagined before.

Finisterre Island, off the coast of Maine, is ruggedly beautiful and remote—the kind of place tourists love to visit, though rarely for long. But not everyone who comes to the island is welcome. A dilapidated Victorian house has become home to a group of squatters and junkies, and strangers have a habit of bringing trouble with them. A young boy disappeared during the summer, and though he was found safely, the incident stirred suspicion among locals. Now another child is missing. Summoned to the island by a cryptic text, Hester discovers a community cleaning up from a devastating storm—and uncovers a murder.

Soon Hester begins to connect the crime and the missing children. And as she untangles the secrets at the center of the small community, she finds grudges and loyalties that run deep, poised to converge with a force that will once again shake her convictions about the very nature of right and wrong . . .

Praise For The Missing Ones (A Hester Thursby Mystery #2)…

“This smart, complex, and suspenseful New England thriller will keep you turning pages far into the night.”
—Jessica Treadway, author of How Will I Know You?

“Hill’s debut is a chilling psychological thriller with an unusual heroine and a page-turning storyline.”
—Kirkus Reviews

“A chilling mix of envy, deceit, and murder. Everyone is lying about something in this tense, stylish debut novel. . . . [It] will have you frantically turning pages until the final, breathless climax.”
—Joanna Schaffhausen, author of The Vanishing Season

“A fascinating psychological thriller that gets deep under your skin.”
—The Strand Magazine

“A thrilling story that will keep you on the edge of your seat.”
—The Sun Chronicle

Edwin Hill is the author of the critically-acclaimed Hester Thursby mystery series, the first of which, Little Comfort, was an Agatha Award finalist, a selection of the Mysterious Press First Mystery Club and a Publishers Marketplace Buzz Books selection. Formerly the vice president and editorial director for Bedford/St. Martin's (Macmillan), he now teaches at Emerson College and has written for the LA Review of Books, The Life Sentence, Publisher's Weekly, and Ellery Queen Mystery Magazine. He lives in Roslindale, Massachusetts with his partner Michael and their lab, Edith Ann. Visit him online at www.Edwin-Hill.com.
Loading...
or support indie stores by buying on