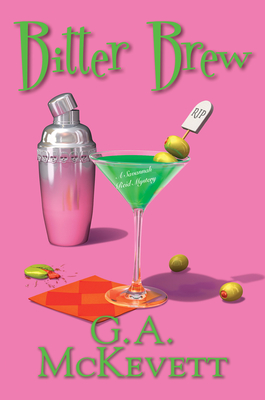 Although P.I. Savannah Reid always has a lot on her plate, she would drop just about anything for a friend in trouble. But when good intentions pull her into a toxic murder case, Savannah’s days as San Carmelita’s most full-figured detective might be running out . . .

Savannah is shaken to the core when coroner Dr. Jennifer Liu appears on her doorstep late one night with a disturbing confession. In a potentially career-ruining move, a remorseful Dr. Liu admits to fudging an autopsy report to keep her friend Brianne’s suicide a secret—fulfilling a final promise made before the terminally ill woman administered a lethal drug cocktail. But after Dr. Liu finds the same unique mixture in a second body, she fears the deaths share a dark connection . . .

Apprehensive about concealing a felony, Savannah and the Moonlight Magnolia Detective Agency launch a discreet investigation into Brianne’s rare condition and the deadly concoction linking the two bodies. As chilling evidence points to an undeniable case of double murder, the agency races to slim down the suspect list and blow the lid off a shifty criminal’s poisonous agenda. Savannah only hopes that, like Dr. Liu, her desire to help a friend won’t put her reputation at risk—or, worse, land her on the next slab . . .

“Bitter Brew serves up a buzzworthy blend of well-percolated prose. Readers old and new alike will find themselves jonesing for more. Fortunately, G.A. McKevett seems to have a bottomless supply of beans…”
—Criminal Element

PRAISE FOR G.A. MCKEVETT AND THE SAVANNAH REID MYSTERIES

HIDE AND SNEAK
“As this inventive entry demonstrates, McKevett knows how to keep a long-running cozy series fresh.”
—Publishers Weekly

BURIED IN BUTTERCREAM
“A wonderful edition to the series.”
—Suspense Magazine

CORPSE SUZETTE
“Savannah’s as feisty as ever.”
—Kirkus Reviews

MURDER A LA MODE
“Added to a well-plotted mystery, the very funny depiction of a different side of reality television makes Murder á la Mode a delight.”
—Mystery Scene

G.A. McKevett is the author of the acclaimed Savannah Reid mystery series. Also writing under the name Sonja Massie, she has authored over 60 books ranging from cozy mysteries, to historical romances, to nonfiction works on the history of Ireland. Her earthy humor and fast-paced plots delight her fans, while critics applaud her offbeat characterizations and incisive observations on human nature. Irish by ancestry, she has lived in Toronto, Ireland, and Los Angeles, but now resides in New York. Readers can visit her online at www.SonjaMassie.com.
Loading...
or support indie stores by buying on