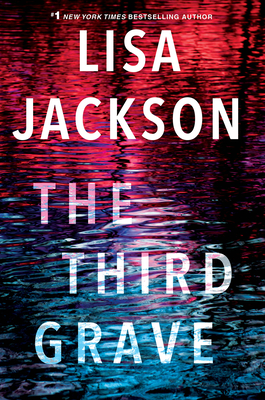 A thrilling new crime novel from the bestselling author of You Betrayed Me, perfect for fans of Sandra Brown and Iris Johansen! Return to the dark side of Savannah, Georgia where a crime writer and her police detective husband are working a cold case, and hot on the trail of a killer whose work isn’t done.

The old Beaumont mansion is a rotting shell of its once-grand self, especially after a disastrous hurricane sweeps through Georgia. The storm does more than dislodge shutters and shingles. It leads to a grisly find in the cellar. Three graves. But only two skeletons…

For Nikki, the discovery is a gift, the perfect subject for her next crime book—though Reed has made her promise not to keep involving herself in dangerous police business. But despite the increasing tension between them, Nikki can’t stay away from this story. Rumors are widespread that the burial site is the resting place of the Duval sisters—three young girls who went to the movies with their older brother, Owen, twenty years ago, and never returned. Forensics confirms that the remains belong to Holly and Poppy Duval. But where is the youngest sister, Rose?

Owen Duval was, and remains, the prime suspect, alibi or no. But as Nikki and Reed delve deep into the mystery, fractures in the case begin to show. There is more to the sisters’ disappearance than anyone ever guessed. Far from an isolated act, those deaths were just the beginning. And there will be no rest, and no relenting, until the killer has buried the twisted truth along with his victims…

Praise for The Third Grave

“When the skeletal remains of two bodies and what appears to be an empty grave are found in a secret crypt in the cellar of a decaying Savannah, Ga., mansion in bestseller Jackson’s workmanlike fourth Pierce Reed/Nikki Gillette novel, police detective Pierce investigates…Enjoy catching up with Pierce and Nikki.”—Publishers Weekly

"This psychological thriller has a beautifully conceived plot full of unexpected twists and provocative misleads, as well as sophisticated character development. Not even the sadistic murderer is one-dimensionally evil, and the protagonists display delicious depths." —Publishers Weekly on The Morning After

"The spookily atmospheric plot is jam-packed with scary chills and sexy thrills." —Booklist on Tell Me

"Jackson shows a mastery of the true-crime thriller formula that will please fans." —Kirkus Reviews on Tell Me

"Absolutely tension-filled. Jackson is on top of her game." —Suspense Magazine on Tell Me

"A toxic but tantalizing whodunit brew. Jackson knows how to pace the story... one of those books to take along on a cross-country airplane trip or a day at the beach ." —The Bellingham Herald on Tell Me

"As pure and pulpy as any crime fiction out there, Lisa Jackson returns with reporter Nikki Gillette and Det. Pierce Reed in Tell Me...juicy Southern Gothic secrets are brought back to the surface at a well-paced simmer." —Tucson Weekly on Tell Me

"Lisa Jackson pulls out all the stops in this brilliantly conceived chilling, twisted, psychological thriller that contains murder, mental illness, incest, love and hope. A page-turner that will have you racing toward the finish." —Reader to Reader on The Night Before

Lisa Jackson is the #1 New York Times bestselling author of over ninety-five novels, including You Will Pay, After She's Gone, Deserves to Die, You Don't Want to Know, Running Scared, and Shiver. She is also the co-author of the Colony Series, written with her sister and bestselling author Nancy Bush, as well as the collaborative novels Sinister and Ominous, written with Nancy Bush and Rosalind Noonan. There are over thirty million copies of her novels in print and her writing has been translated into nineteen languages. She lives with her family and three rambunctious dogs in the Pacific Northwest. Readers can visit her website at www.lisajackson.com and find her on Facebook.
Loading...
or support indie stores by buying on