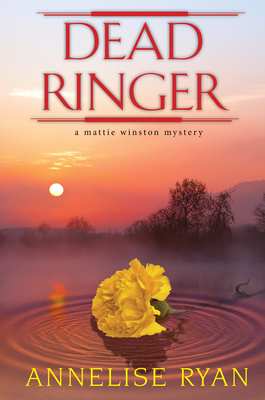 A new murder victim with an old M.O. puts Mattie Winston on the trail of a killer who gives a grim new meaning to flower power . . .

Spring is beginning to brighten Sorenson, Wisconsin, for Mattie and Steve Hurley and their family. While their son Matthew may be in his terrible twos and Steve's daughter Emily a moody teenager, the kids bring light to their lives when their work is dark by its nature—Steve is a homicide detective and Mattie is a medicolegal death investigator, aka medical examiner. They deal in corpses.

The latest corpse, a Jane Doe, was clearly an addict, but drugs didn't kill her, at least not directly. She's been stabbed multiple times in a pattern that is disturbingly familiar to Mattie. When she discovers flower petals from yellow carnations stuffed into the stab wounds, she recognizes a very specific M.O.—belonging to a convicted serial killer who's currently serving a life sentence.

The details of the flower petals were never made public in the last case, so it can't be a copycat crime. It looks like the wrong man is in prison, and the murderer is still at large. Now it's up to Mattie and Steve to get the case reopened—and catch the real carnation killer . . .

“A puzzler of a mystery. Annelise Ryan has created a smart and saucy heroine in Mattie Winston . . . What a thrill ride!”
—New York Times bestselling author Jenn McKinlay

“The forensic details will interest Patricia Cornwell readers . . . while the often slapstick humor and the blossoming romance between Mattie and Hurley will draw Evanovich fans.”
—Booklist

USA Today Bestselling Author Annelise Ryan is the pseudonym for the author of the Mattie Winston Mysteries and another mystery series. She has written more than 200 published articles, worked as a book reviewer for Barnes & Noble, and is an active member of Mystery Writers of America and International Thriller Writers. She currently works as a registered nurse in an ER. She can be reached at www.mattiewinston.com.
Loading...
or support indie stores by buying on