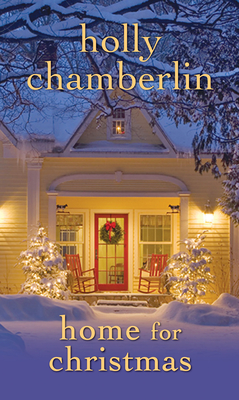 In a charming Maine seaside town, a single mother longs to create a memorable Christmas for her two daughters—and receives a chance to make her own wishes come true . . .

At first glance, Nell King’s cozy home in Yorktide seems a step down from the impeccably decorated Boston house she shared with her husband. But in the six years since he abruptly left to marry another woman, Nell and her almost-grown daughters have found real happiness here. Now, faced with what may be their last Christmas together, Nell feels anxious. She gave up her own ambitions when she married. With the daily obligations of motherhood coming to an end, what role is left for her to fill?

Twenty-one-year-old Molly worries about sacrificing her independence the way her mother did. Should she stay in Maine with her dependable boyfriend, or move to the city and prove herself? Felicity, meanwhile, is torn between loyalty to Nell and wanting to spend time with her glamorous stepmother. Nell is eager to make this holiday picture-perfect. But there’s a complication—and an opportunity.

Nell’s first love, now a successful novelist, is in town for a book signing. As the two rekindle their friendship, Nell confronts the choices she once made in the name of stability. And as the days unfold with revelations and unexpected gifts, this Christmas promises to herald a bright new beginning . . .

Holly Chamberlin was born and raised in New York City. After earning a Master’s degree in English Literature from New York University and working as an editor in the publishing industry for ten years, she moved to Boston, married and became a freelance editor and writer. She and her husband now live in downtown Portland, Maine, in a restored mid-nineteenth-century brick townhouse with Betty, the most athletic, beautiful and intelligent cat in the world. Readers can visit her website at: www.hollychamberlin.com.
Loading...
or
Not Currently Available for Direct Purchase