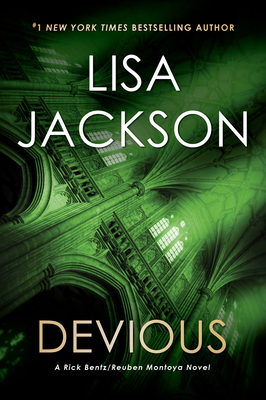 The crime scene at St. Marguerite’s cathedral in New Orleans is shocking, even to seasoned detectives like Rick Bentz and Reuben Montoya. A novice nun named Sister Camille has been found dressed in a yellowed bridal gown and viciously garroted, her body covered with an altar cloth.

Valerie Houston is devastated by her sister’s death. For weeks, she’d begged Camille to leave St. Marguerite’s, where she seemed determined to live as some kind of martyr. But Camille had a knack for making bad choices—she joined the convent in part because she’d fallen for Val’s soon-to-be ex-husband, Slade.

Convinced the police aren’t doing enough, Val begins to investigate. But the deeper Val’s inquiries go, the more twisted the case becomes. St. Marguerite’s is far from the tranquil retreat many believe; everyone has their own agenda. Even Camille had a hidden life Val never suspected. But someone knew about Camille’s past—and Val’s, too. Now she has no choice but to catch a devious, depraved killer intent on purging St. Marguerite’s of all its sins—before she becomes the next victim...

Lisa Jackson is the number-one New York Times bestselling author of more than seventy-five novels, including Malice, Lost  Souls, Absolute Fear, Running Scared and Chosen to Die. She is also the co-author of Wicked Game, co-written with her sister, Nancy Bush. Jackson has over ten million copies of her books in print. She lives with her family in the Pacific Northwest. Readers can visit her website at LisaJackson.com
Loading...
or support indie stores by buying on