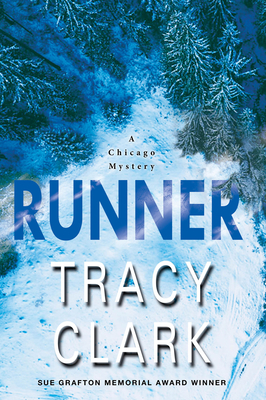 "Lapel-grabbing and provocative...Clark writes with purpose, her sense of social justice never venturing into dogma but remaining fully rooted in Raines’s actions and personality." – The New York Times Book Review

"Clark has a unique voice in the P.I. genre, one that us articulate, daring, and ultimately hopeful." - The Washington Post

With a hard-charging, ripped from the headlines plot, Chicago-based journalist and award-winning author Tracy Clark explores timely issues around race, class, and addiction, as Black homicide cop-turned P.I. Cass Raines searches for a runaway teen—and unearths a twisted world of misdirection and lies...

Chicago in the dead of winter can be brutal, especially when you're scouring the frigid streets for a missing girl. Fifteen-year-old Ramona Titus has run away from her foster home. Her biological mother, Leesa Evans, is a recovering addict who admits she failed Ramona often in the past. But now she's clean. And she's determined to make up for her mistakes--if Cass can only help her find her daughter.

Cass visits Ramona's foster mother, Deloris Poole, who is also desperate to bring the girl home. Ramona came to Deloris six months ago, angry and distrustful, but was slowly opening up. The police are on the search, but Cass has sources closer to the streets, and a network of savvy allies. Yet it seems Ramona doesn't want to be found. And Cass soon begins to understand why.

Ramona is holding secrets dark enough to kill for, and anyone who helps her may be fair game. And if Ramona can't run fast enough and hide well enough to keep the truth safe, she and Cass may both be out of time.

Praise For Runner (A Chicago Mystery #4)…

“A potent mix of empathy and rage fuels Sue Grafton Award–winner Clark’s exceptional fourth Chicago mystery. The action builds to an exciting showdown. Those who like their crime novels with a social conscience will be amply rewarded.”
—Publishers Weekly, STARRED review

Tracy Clark is the Sue Grafton Memorial Award-winning author of the highly acclaimed Chicago Mystery Series featuring ex-homicide cop turned PI Cassandra Raines, a hard-driving, African-American protagonist who works the mean streets of the Windy City dodging cops, cons, killers, and thugs. She received Anthony Award and Lefty Award nominations for her series debut, Broken Places, which was also shortlisted for the American Library Association's RUSA Reading List, named a CrimeReads Best New PI Book of 2018, a Midwest Connections Pick, and a Library Journal Best Books of the Year. Her second installment in the series, Borrowed Time, was a Lefty Award and Anthony Award finalist as well as the winner of the Sue Grafton Memorial Award at the Edgars. In addition to her Cass Raines novels, Tracy's short story "For Services Rendered," appears in the anthology Shades of Black: Crime and Mystery Stories by African‑American Authors. A native of Chicago, she works as an editor in the newspaper industry and roots for the Cubs, Sox, Bulls, Bears, and Blackhawks equally. She is a board member-at large of Sisters in Crime, Chicagoland, a member of International Thriller Writers, and a Mystery Writers of America Midwest board member. Find Tracy on Facebook, follow her on Twitter @tracypc6161, or visit her online at TracyClarkBooks.com.
Loading...
or support indie stores by buying on