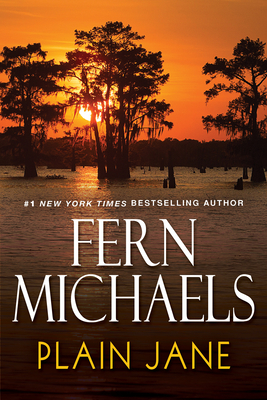 Back in college, Jane Lewis would have given anything to be like homecoming queen Connie Bryan. Instead, she was just Plain Jane--a painfully shy wallflower no one would remember. That was then. Today, a lovely and confident Dr. Jane Lewis has a thriving psychotherapy practice, her own radio talk show, a beautiful old Louisiana mansion, and her affectionate, nutty dog, Olive, to keep her company. The only thing missing is someone to share her life.

Jane has never forgotten Michael Sorenson, the boy she'd admired from afar in college. Now, he's inspiring her to hope for a future together. She's also never forgotten the brutal, unsolved attack that ended Connie Bryan's life--and haunts Jane still. Suddenly, the present collides with the past, as she finds clues into the identities of Connie's attackers--clues that send her into a world of risk and excitement, challenging her to become a truly extraordinary woman...if she dares.

Fern Michaels is the USA Today and New York Times bestselling author of the Sisterhood, Men of the Sisterhood and Godmothers series, as well as dozens of other novels and novellas. There are over ninety-five million copies of her books in print. Fern Michaels has built and funded several large day-care centers in her hometown and is a passionate animal lover who has outfitted police dogs across the country with special bulletproof vests. She shares her home in South Carolina with her four dogs and a resident ghost named Mary Margaret. Visit her Website at FernMichaels.com.
Loading...
or support indie stores by buying on