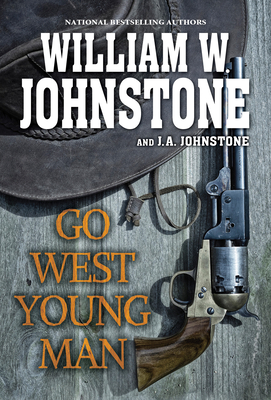 A Riveting Western Novel of the American Frontier

Join an epic cross-country journey that will have you on the edge of your seat, as two families head West and confront the hardships and triumph only those brave enough to face an untamed land could overcome, in this riveting saga from the legendary bestselling author…

Missouri, 1860. Rumors of war between the North and South are spreading across the land. In rural Green County, many of the farmers are already choosing sides. But not John Zachary. His loyalties lie with his family first—and his heart is telling him to go west. Hoping to build a new life in the fertile valleys of Oregon, he convinces his best friend, Emmett Braxton, to pack up their families and join him on a wagon train across the Oregon Trail. The journey will be long and hard. The physical hardships and grueling mental challenges will bring out the best in some—and the worst in others. But with the guidance of an experienced wagon master and scout, they are determined to reach their destiny, no matter how high the cost . . .

Twenty-seven wagons. Twenty-seven different hopes and dreams. This sprawling epic novel from a master storyteller captures the beauty and danger of the American West—and the pioneer spirit of those who tamed it . . .