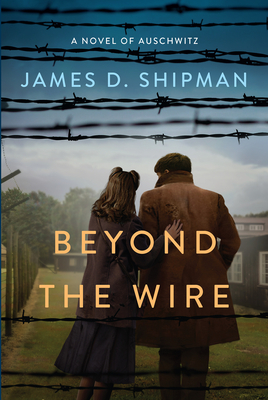 The bestselling author of Irena’s War blends fact and fiction in a gripping novel based on one of the most extraordinary true stories of World War II—an uprising behind the walls of Auschwitz concentration camp.

October 1944: In the long, narrow undressing rooms in Auschwitz-Birkenau, prisoner Jakub Bak toils under the scrutiny of SS guards. Like other members of the Sonderkommando, Jakub was selected on arrival for an unthinkable job: sorting through the clothes of the dead and moving their bodies from the gas chambers to the crematoriums. In this hell within a hell, Jakub clings to the promise he made to his murdered father—to live, at any cost—and to the moments he is able to spend in the company of Anna, imprisoned in the women’s camp.

Every morning, Anna marches miles to the union munitions factory where she works alongside other prisoners. Even Jakub doesn’t know that she and a few other women have been taking the ultimate risk, smuggling trace amounts of gunpowder back in their clothing. A bold plan is brewing to revolt against the SS and liberate the camp. Jakub, pressured to join the resistance, knows that any uprising faces impossible odds. Added to this already stark choice is another desperate reality—the risk from informers who see their only chance of survival in betraying their fellow Jews.

Powerfully moving and unflinching in its authenticity, Beyond the Wire tells of the women and men who, though outnumbered and outgunned, fought to free themselves, sparking a brilliant flash of light and hope amidst the darkest evil that humans can conceive.

James D. Shipman is the bestselling author of seven historical novels, including Irena's War, Task Force Baum, Constantinopolis, and A Bitter Rain. He was born and raised in the Pacific Northwest and began publishing short stories and poems while earning a degree in history from the University of Washington and a law degree from Gonzaga University. He opened his own law firm in 2004 and remains a practicing attorney. An avid reader, especially of historical nonfiction, Shipman lives in Washington State and enjoys traveling and spending time with his family. Visit James Shipman online at James-Shipman.com
Loading...
or support indie stores by buying on