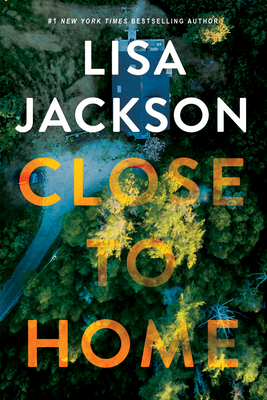 Vowing to make a fresh start, Sarah McAdams has come home to renovate the old Victorian mansion where she grew up. Her daughters, Jade and Gracie, aren’t impressed by the rundown property on the shores of Oregon’s wild Columbia River. As soon as they pull up the isolated drive, Sarah too is beset by uneasy memories—of her cold, distant mother, of the half-sister who vanished without a trace, and of a long-ago night when Sarah was found on the widow’s walk, feverish and delirious.

There’s also a new, more urgent menace in town. One by one, teenage girls are disappearing. Frantic for her daughters’ safety, Sarah feels the house’s walls closing in on her again. Somewhere deep in her memory is the key to a very real and terrifying danger. And only by confronting her worst fears can she stop the nightmare roaring back to life once more...

Lisa Jackson is the #1 New York Times bestselling author of over ninety-five novels, including Liar, Liar, You Will Pay, After She’s Gone, Deserves to Die, You Don’t Want to Know, Running Scared, and Shiver. She is also the co-author of One Last Breath, Last Girl Standing and the Colony Series, written with her sister and bestselling author Nancy Bush, as well as the collaborative novels Sinister and Ominous, written with Nancy Bush and Rosalind Noonan. There are over thirty million copies of her novels in print and her writing has been translated into twenty languages. She lives with her family and rambunctious dogs in the Pacific Northwest. Readers can visit her Website at LisaJackson.com and find her on Facebook.
Loading...
or support indie stores by buying on