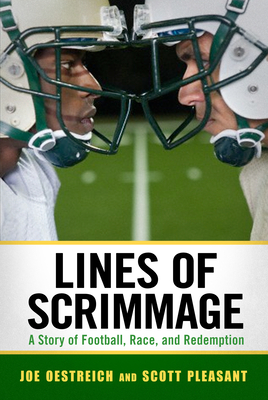 A Story of Football, Race, and Redemption

As in many small towns in the South, folks in Conway, South Carolina, fill the stands on fall Fridays to cheer on their local high school football squad. In 1989--with returning starter Carlos Hunt at quarterback and having finished with an 8-4 record in 1988--hopes were high that the beloved Tigers would win their first state championship. But during spring practice, Coach Chuck Jordan (who is white) benched Hunt (who is black) in favor of Mickey Wilson, an inexperienced white player. Seeing this demotion of the black quarterback as an example of the racism prevalent in football generally and in Conway specifically, thirty-one of the team's thirty-seven black players--under the guidance of H. H. Singleton, pastor of Cherry Hill Missionary Baptist Church and president of the local NAACP--boycotted the team in protest.

The season-long strike severed the town along racial lines, as it became clear that the incident was about much more than football. It was about the legacy of slavery and segregation and Jim Crow and other points of tension and oppression that many people in Conway--and the South--had wrongly assumed were settled.

While the 1989 season is long over, the story reverberates today. Chuck Jordan is still coaching at Conway High, and he's still without that state championship. Meanwhile, Mickey Wilson is now coaching Conway's fiercest rival, the Myrtle Beach Seahawks. In the annual Victory Bell Game between Conway and Myrtle Beach, the biggest contest of the year for both teams, a veteran coach and his young prot g compete against each other--against the backdrop of a racial conflict that bitterly divided a small southern town.