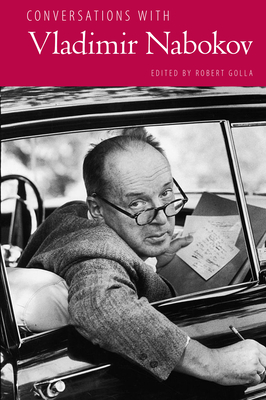 Conversations with Vladimir Nabokov brings together candid, revealing interviews with one of the twentieth century's master prose writers. Vladimir Nabokov (1899-1977) was a Russian American scientist, poet, translator, and professor of literature. Critics throughout the world celebrated him for developing the luminous and enigmatic style that advanced the boundaries of modern literature more than any author since James Joyce. In a career that spanned over six decades, he produced dozens of iconic works, including Lolita, Pale Fire, Ada, and his classic autobiography, Speak, Memory. The twenty-eight interviews and profiles in this collection were drawn from Nabokov's numerous print and broadcast appearances over a period of nineteen years. Beginning with the controversy surrounding the American publication of Lolita in 1958, he offers trenchant, witty views on society, literature, education, the role of the author, and a range of other topics. He discusses the numerous literary and symbolic allusions in his work, his use of parody and satire, as well as analyses of his own literary influences. Nabokov also provided a detailed portrait of his life--from his aristocratic childhood in prerevolutionary Russia, education at Cambridge, apprenticeship as an migr writer in the capitals of Europe, to his decision in 1940 to immigrate to the United States, where he achieved renown and garnered an international readership. The interviews in this collection are essential for seeking a clearer understanding of the life and work of an author who was pivotal in shaping the landscape of contemporary fiction.

Robert Golla is editor of several nonfiction publications, including The Greatest Speeches of World War II, Champions of Liberty: A Treasury of Conservative American Speeches, Conservative Wit, and Conversations with Michael Crichton, published by University Press of Mississippi.
or support indie stores by buying on
Copyright © 2020 American Booksellers Association