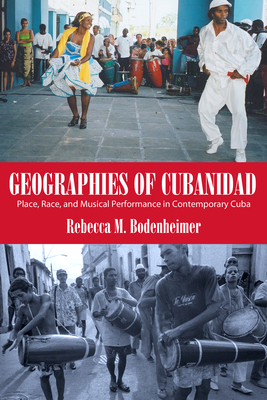 Derived from the nationalist writings of Jos Mart , the concept of Cubanidad (Cubanness) has always imagined a unified hybrid nation where racial difference is nonexistent and nationality trumps all other axes identities. Scholars have critiqued this celebration of racial mixture, highlighting a gap between the claim of racial harmony and the realities of inequality faced by Afro-Cubans since independence in 1898. In this book, Rebecca M. Bodenheimer argues that it is not only the recognition of racial difference that threatens to divide the nation, but that popular regional sentiment further contests the hegemonic national discourse. Given that the music is a prominent symbol of Cubanidad, musical practices play an important role in constructing regional, local, and national identities. This book suggests that regional identity exerts a significant influence on the aesthetic choices made by Cuban musicians. Through the examination of several genres, Bodenheimer explores the various ways that race and place are entangled in contemporary Cuban music. She argues that racialized notions which circulate about different cities affect both the formation of local identity and musical performance. Thus, the musical practices discussed in the book--including rumba, timba, eastern Cuban folklore, and son--are examples of the intersections between regional identity formation, racialized notions of place, and music-making.

Rebecca M. Bodenheimer is an ethnomusicologist who has conducted research in Cuba since 2004, examining the contemporary performance practices of rumba and a range of other Afro-Cuban folkloric and popular musical styles in the cities of Havana, Matanzas, and Santiago. Her work has appeared in Black Music Research Journal, Musical Quarterly, Ethnomusicology, and Latin American Music Review.
Loading...
or support indie stores by buying on