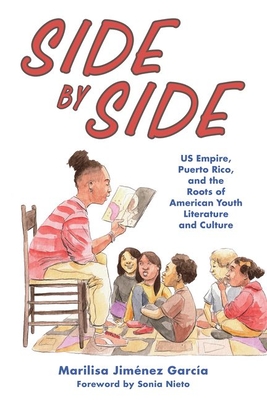 Us Empire, Puerto Rico, and the Roots of American Youth Literature and Culture (Children's Literature Association)

During the early colonial encounter, children's books were among the first kinds of literature produced by US writers introducing the new colony, its people, and the US's role as a twentieth-century colonial power to the public. Subsequently, youth literature and media were important tools of Puerto Rican cultural and educational elite institutions and Puerto Rican revolutionary thought as a means of negotiating US assimilation and upholding a strong Latin American, Caribbean national stance. In Side by Side: US Empire, Puerto Rico, and the Roots of American Youth Literature and Culture, author Marilisa Jim nez Garc a focuses on the contributions of the Puerto Rican community to American youth, approaching Latinx literature as a transnational space that provides a critical lens for examining the lingering consequences of US and Spanish colonialism for US communities of color. Through analysis of texts typically outside traditional Latinx or literary studies such as young adult literature, textbooks, television programming, comics, music, curriculum, and youth movements, Side by Side represents the only comprehensive study of the contributions of Puerto Ricans to American youth literature and culture, as well as the only comprehensive study into the role of youth literature and culture in Puerto Rican literature and thought. Considering recent debates over diversity in children's and young adult literature and media and the strained relationship between Puerto Rico and the US, Jim nez Garc a's timely work encourages us to question who constitutes the expert and to resist the homogenization of Latinxs, as well as other marginalized communities, that has led to the erasure of writers, scholars, and artists.