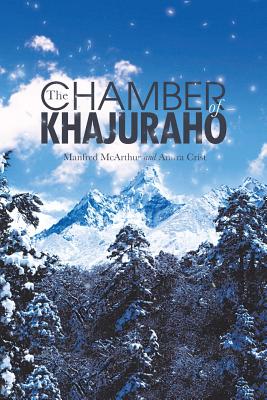 The Chamber of Khajuraho

Ian McArthur is a charismatic but self-centered man, attracting a group of fascinating people that help him solve the puzzle, he is pulled into. Some, he meets for a single conversation and some join his road trip. Having never considered himself spiritual, he is forced to discover and develop necessary strength, to find the destination he does not believe is there. New companions include a Hindu monk, who gives Ian clues and guidance, through uninvited visions; German, Eva, who encourages Ian with the uncanny gift of anticipating and interpreting his needs; Australian, Herb, an enthusiastic and earnest young man, who restores Ian's hope in mankind; and James, from England, who stalks them half-way around the world to India, to steal the treasure at the end of the road.

Father and daughter Manfred McArthur and Anitra Crist, have been writing together for 20 years. This novel is based on oneof his trips to India. His family moved from Chicago, Illinois, toHollywood, California, in 1931. Early on, he had the bug to travel, taking off for Alaska at twenty years old. Anitra Crist began writingstories and to chronicle their experiences.
Loading...
or support indie stores by buying on