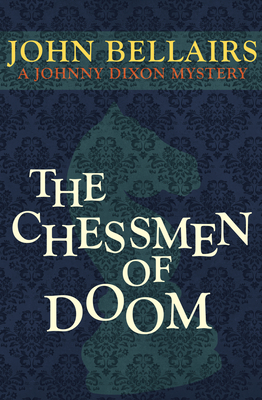 The Chessmen of Doom (Johnny Dixon #7)

In a thrilling adventure, a young sleuth and his professor friend are challenged to solve a riddle and win a fortune Professor Roderick Childermass may be the strangest person Johnny Dixon has ever met, but compared to his brother Peregrine, the professor is practically normal. Peregrine is a born trickster, and when he knows his death is near, he sends a letter promising the professor his entire $10,000,000 estate--assuming he can solve one final riddle. The professor feels that his brother is mocking him from beyond the grave. If Peregrine were alive, he says, he'd kill him. To crack the puzzle and claim the fortune, Johnny and the professor head north to the wild countryside of far-off Maine. They'll find that the riddle is the least of their problems. To inherit the money, the professor must stay alive until the end of the summer, and since everyone in Maine seems to want Peregrine's heir dead, survival will be no easy task. From the author of the Lewis Barnavelt novels, including The House with a Clock in Its Walls, the Johnny Dixon series is full of fun, adventure, and supernatural chills, along with "believable and likable characters" who are a delight to spend time with (The New York Times).