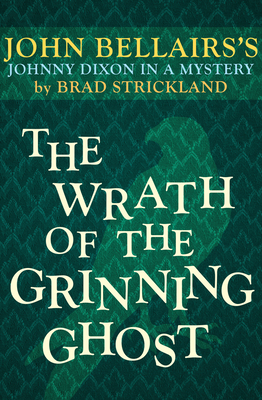 The Wrath of the Grinning Ghost (Johnny Dixon #12)

A young man fights to save his father from a spirit's curse in the epic finale to a series starring "a terrific hero" (The New York Times) The sea is calm, the air is fresh, and the bobbing boat feels like a living creature underneath Johnny Dixon's feet. Johnny hardly ever sees his father, who trains Air Force pilots in Colorado, and their annual Florida fishing trip is the highlight of his year. They're on their way back to Duston Heights, Massachusetts, where Johnny lives with his grandparents, when a visit to a fortune-teller puts a terrible fright into Johnny. Inside the seer's crystal ball, he sees a grinning ghost who cackles out a fearsome message: "The universe shall be mine " Johnny tries to forget what he saw, but when he and his father return to Duston Heights, his dad falls into a coma, and Johnny is certain that the ghost is to blame. With the help of his old friend Professor Childermass, Johnny will defeat the smirking ghoul--or never see his father again. The Johnny Dixon series, from the author of The House with a Clock in Its Walls, is full of fun, adventure, and supernatural chills, along with "believable and likable characters" who are a delight to spend time with (The New York Times).

John Bellairs is beloved as a master of Gothic young adult novels and fantasies. His series about the adventures of Lewis Barnavelt and his uncle Jonathan, which includes The House with a Clock in Its Walls, is a classic. He also wrote a series of novels featuring the character Johnny Dixon. Among the titles in that series are The Curse of the Blue Figurine; The Mummy, the Will, and the Crypt; and The Spell of the Sorcerer's Skull. His stand-alone novel The Face in the Frost is also regarded as a fantasy classic, and among his earlier works are St. Fidgeta and Other Parodies and The Pedant and the Shuffly. Bellairs was a prolific writer, publishing more than a dozen novels before his untimely death in 1991. Brad Strickland has written and cowritten forty-one novels, many of them for younger readers. He is the author of the fantasy trilogy Moon Dreams, Nul's Quest, and Wizard's Mole, and the creator of the popular horror novel Shadowshow. With his wife, Barbara, he has written for the Star Trek Young Adult book series, for Nickelodeon's Are You Afraid of the Dark? book series, and for Sabrina, the Teenage Witch (Pocket Books). Both solo and with Thomas E. Fuller, he has written several books about Wishbone, public TV's literature-loving dog. When he's not writing, he teaches English at Gainesville College in Gainesville, Georgia. He and Barbara have two children, Amy and Jonathan, and a daughter-in-law, Rebecca. They live and work in Oakwood, Georgia.
Loading...
or
Not Currently Available for Direct Purchase