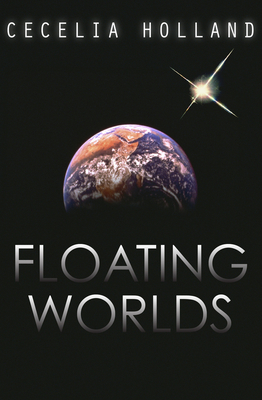 In the far future, an Earth-born woman must negotiate with a fearsome mutant race: "On a par with Ursula LeGuin or Arthur C. Clarke" (Chicago Tribune). Two thousand years into the future, runaway pollution has made the earth uninhabitable except in giant biodomes. The society is an anarchy, with disputes mediated through the Machiavellian Committee for the Revolution. Mars, Venus, and the moon support flourishing colonies of various political stripes. On the fringes of the solar system, in the gas planets, a strange, new, violent kind of human has evolved. In this unstable system, the anarchist Paula Mendoza, an agent of the Committee, works to make peace and ultimately protect her people in a catastrophic clash of worlds that destroys the order she knows.

Cecelia Holland was born in Henderson, Nevada, in 1943 and started writing at the age of twelve. Starting with The Firedrake in 1966, she has published twenty-one independent historical novels covering periods from the middle of the first millennium CE up through parts of the early twentieth century, and from Egypt, through Russia, central Europe, Scandinavia, Great Britain, and Ireland to the West Coast of the United States. Most recently, she has completed a series of five novels set in the world of the Vikings, covering a period of about fifty years during the tenth century and following the adventures of Corban Loosestrife and his descendants. The hallmark of her style is a vivid re-creation of time, place, and character, all true to known facts. She is highly regarded for her attention to detail, her insight into the characters she has researched and portrayed, and her battle scenes, which are vividly rendered and powerfully described. Holland has also published two nonfiction historical/biographic works, two children's novels, a contemporary novel, and a science fiction novel, as well as a number of historical essays. Holland has three daughters. She lives in Fortuna, California, and, once a week, teaches a class in creative writing at Pelican Bay State Prison in Crescent City, California. Holland's personal website is www.thefiredrake.com.
Loading...
or support indie stores by buying on