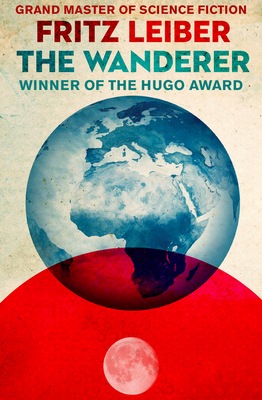 This Hugo Award-winning disaster epic from the Science Fiction Grand Master "ranks among his] most ambitious works" (SFSite). The Wanderer inspires feelings of pure terror in the hearts of the five billion human beings inhabiting Planet Earth. The presence of an alien planet causes increasingly severe tragedies and chaos. However, one man stands apart from the mass of frightened humanity. For him, the legendary Wanderer is a mere tale of bizarre alien domination and human submission. His conception of the Wanderer bleeds into unrequited love for the mysterious "she" who owns him.

Fritz Leiber is considered one of science fiction's legends. Author of a prodigious number of stories and novels, many of which were made into films, he is best known as creator of the classic Lankhmar fantasy series. Fritz Leiber has won awards too numerous to count including the coveted Hugo and Nebula, and was honored as a lifetime Grand Master by the Science Fiction Writers of America. He died in 1992.
Loading...
or support indie stores by buying on