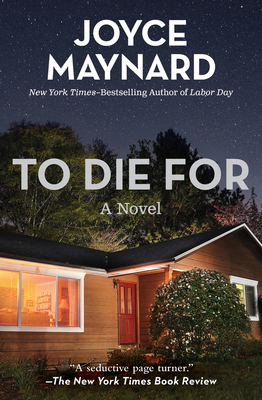 Local weather reporter Suzanne Maretto craves nothing more than to transcend life at her suburban cable television news station and follow in the footsteps of her idol: Barbara Walters. When she concludes that her unglamorous husband is getting in the way of her dream of stardom, the solution seems obvious: Get rid of him. She seduces a fifteen-year-old admirer, Jimmy, and persuades him to do her dirty work. Mission accomplished, Suzanne takes to the airwaves in her new role as grieving widow, in search of a TV deal. If that means selling Jimmy down the river, she's ready.

Maynard's brilliant, funny, and groundbreaking novel--adapted by Gus Van Sant into the cult classic movie of the same name, starring Nicole Kidman--was first published in 1992 before the era of manufactured stardom and the phenomenon of televised murder trials as entertainment. The book still stands as a razor-sharp satire of celebrity-fixated culture and the American obsession with TV--a novel that imagined the phenomenon of reality television before its creation, with alternately bone-chilling and hilarious accuracy.

This ebook features an illustrated biography of Joyce Maynard including rare photos from the author's personal collection.