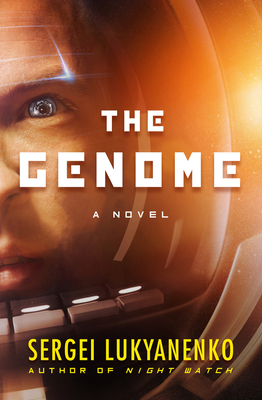 A science fiction thriller by the author of Night Watch, the hit novel that inspired two major motion pictures Five months after the horrific accident that left him near death and worried that he'd never fly again, master-pilot Alex Romanov lands a new job: captaining the sleek passenger vessel Mirror. Alex is a spesh--a human who has been genetically modified to perform particular tasks. As a captain and pilot, Alex has a genetic imperative to care for passengers and crew--no matter what the cost. His first mission aboard Mirror is to ferry two representatives of the alien race Zzygou on a tour of human worlds. His task will not be an easy one, for aboard the craft are several speshes who have reason to hate the Others. Dark pasts, deadly secrets, and a stolen gel-crystal worth more than Alex's entire ship combine to challenge him at every turn. And as the tension escalates, it becomes apparent that greater forces are at work to bring the captain's world crashing down.

Sergei Lukyanenko was born in Kazakhstan, then a republic of the Soviet Union. In 1985 he entered the Alma-Ata Medical University, where he began to write science fiction and publish his first books. Though Lukyanenko completed his medical course, he realized that he would never be a doctor. In 1997 he moved to Moscow, and since then has published prolifically. Many of his works have become bestsellers and have won science fiction awards. Night Watch and Day Watch were released as films in 2004 and 2006, respectively. Lukyanenko's writing has been translated into more than twenty languages and continues to be hugely popular.
Loading...
or support indie stores by buying on