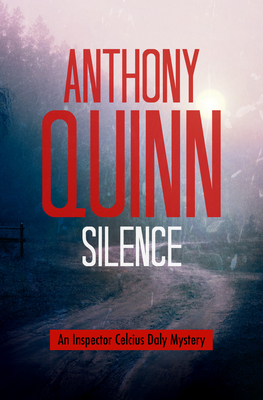 Father Aloysius Walsh spent the last years of his life painstakingly collecting evidence of a yearlong killing spree, unparalleled savagery that blighted Ireland's borderlands at the end of the 1970s. Pinned to his bedroom wall, a macabre map charts the grim territory of death--victims, weapons, wounds, dates--and somehow, amid the forest of pins and notes, he had discerned a pattern. . . .

So why did Father Walsh deliberately drive through a cordon of policemen and off the road to his death? Why, when Inspector Celcius Daly arrives at the scene, does he find Special Branch already there? And why is Daly's mother's name on the priest's map?

The past poisons the present, and Daly's life will never be the same again.

Silence is the 3rd book in the Inspector Celcius Daly Mysteries, but you may enjoy reading the series in any order.

Anthony Quinn (b. 1971) is an Irish author and journalist. Born in Northern Ireland's County Tyrone, Quinn majored in English at Queen's University, Belfast. After college, he worked a number of odd jobs--social worker, organic gardener, yoga teacher--before finding work as a journalist. He has written short stories for years, winning critical acclaim and, twice, a place on the short list for the Hennessy Literary Awards for New Irish Writing. His book Disappeared was nominated for the Strand Critics Award for Best Debut Novel, and Kirkus Reviews named it to their list of 2012's Top 10 Best Crime Novels. Quinn also placed as runner-up in a Sunday Times food writing competition. Silence is Quinn's third novel featuring Inspector Celcius Daly. Quinn continues his work as a journalist, reporting on his home county for the Tyrone Times.
Loading...
or
Not Currently Available for Direct Purchase