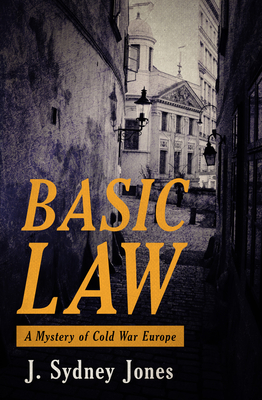 A Mystery of Cold War Europe

Expat American journalist Sam Kramer is burned out: too many dead bodies, too many wars covered, too little meaning in it all. He's got a dead-end job at the Daily European as the correspondent for Vienna, where nothing happens now that the Cold War is over. And that is exactly how Kramer likes it.

But his private neutral zone is shattered with news of the suicide of Reni M ller, a German left-wing firebrand and Kramer's long-estranged ex-girlfriend. To his surprise, Kramer suddenly finds himself the executor of Reni's literary estate--but the damning memoir named in her will is nowhere to be found. Tracking down the manuscript will lead Kramer to the unsettling truth of Reni's death, drawing him back into the days of the Cold War and showing him the dark side of the woman he loved.

J. Sydney Jones (b. 1948) is an American author of fiction and nonfiction. Born in the United States, he studied abroad in Vienna in 1968 and later returned to Austria to live there for nearly two decades. In the late 1970s he began writing travel books, many of which concern central Europe, and published his first thriller, Time of the Wolf, in 1990. In 2009 Jones published The Empty Mirror, a mystery set in late-nineteenth-century Vienna that would become the first book in his Viennese Mystery series, of which the most recent installment is The Keeper of Hands (2013). Jones lives with his wife and son in California.
Loading...
or support indie stores by buying on