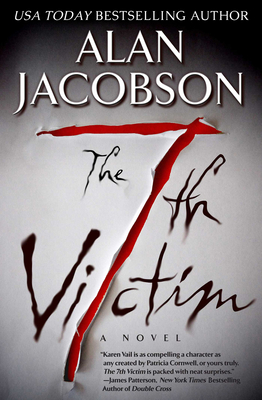 Introducing FBI profiler Karen Vail, who crosses paths with a Virginia serial killer in the first in the bestselling series. Special Agent Karen Vail "is a knockout, tough and brilliant" (Tess Gerritsen). As lead profiler for the FBI, Vail is spearheading the task force investigation into a serial killer known as "Dead Eyes," who's been terrorizing Fairfax County, Virginia. What separates this psychopath from the others is a peculiar savagery, and an intimate knowledge of the FBI's detailed strategy of pursuit. What separates Vail from her peers is a life that has made her hard and uncompromising. Recently divorced from an abusive husband, and in the throes of an ugly custody battle, she's also helpless against her mother's struggle with Alzheimer's. But little by little, as Vail's personal baggage begins to consume her, the investigation threatens to derail. Now she's weighing her last hope on a controversial profile. It suggests that the one key to solving the case lies with the seventh victim. But that key will also unlock secrets that could destroy Vail's career, and expose a truth that even she might not be strong enough to survive. In compiling his research for The 7th Victim, Alan Jacobson was allowed wide-ranging access to the FBI's behavioral profiling unit over several years. Named one of the top five books of the year by Library Journal, it's "a quantum leap in terror and suspense . . . A masterpiece" (New York Times-bestselling author James Rollins).