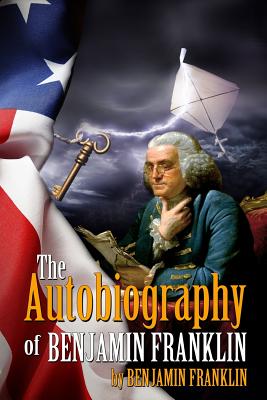 The Autobiography of Benjamin Franklin

"There will be sleeping enough in the grave."
--- Benjamin Franklin, The Autobiography of Benjamin Franklin The Autobiography of Benjamin Franklin is the traditional name for the unfinished record of his own life written by Benjamin Franklin from 1771 to 1790; however, Franklin himself appears to have called the work his Memoirs. Although it had a tortuous publication history after Franklin's death, this work has become one of the most famous and influential examples of an autobiography ever written. Franklin's account of his life is divided into four parts, reflecting the different periods at which he wrote them. There are actual breaks in the narrative between the first three parts, but Part Three's narrative continues into Part Four without an authorial break (only an editorial one). Reactions to the work Franklin's Autobiography has received widespread praise, both for its historical value as a record of an important early American and for its literary style. It is often considered the first American book to be taken seriously by Europeans as literature. William Dean Howells in 1905 asserted that "Franklin's is one of the greatest autobiographies in literature, and towers over other autobiographies as Franklin towered over other men." However, Mark Twain's essay "The Late Benjamin Franklin" (1870) provides a less exalted reaction, albeit somewhat tongue-in-cheek (for example, claiming that his example had "brought affliction to millions of boys since, whose fathers had read Franklin's pernicious biography"). D. H. Lawrence wrote a notable invective against "Middle-sized, sturdy, snuff-coloured Doctor Franklin" in 1923, finding considerable fault with Franklin's attempt at crafting precepts of virtue and at perfecting himself. Nevertheless, responses to The Autobiography have generally been more positive than Twain's or Lawrence's, with most readers recognizing it as a classic of literature and relating to the narrative voice of the author. In this work, Franklin's persona comes alive and presents a man whose greatness does not keep him from being down-to-earth and approachable, who faces up to mistakes and blunders ("Errata") he has committed in life, and who presents personal success as something within the reach of anyone willing to work hard enough for it.

Benjamin Franklin (January 17, 1706 [O.S. January 6, 1705][Note 1] - April 17, 1790) was one of the Founding Fathers of the United States and in many ways was "the First American". A world famous polymath, Franklin was a leading author, printer, political theorist, politician, postmaster, scientist, inventor, civic activist, statesman, and diplomat. As a scientist, he was a major figure in the American Enlightenment and the history of physics for his discoveries and theories regarding electricity. As an inventor, he is known for the lightning rod, bifocals, and the Franklin stove, among other inventions. He facilitated many civic organizations, including Philadelphia's fire department and a university. Franklin earned the title of "The First American" for his early and indefatigable campaigning for colonial unity; as an author and spokesman in London for several colonies, then as the first United States Ambassador to France, he exemplified the emerging American nation. Franklin was foundational in defining the American ethos as a marriage of the practical values of thrift, hard work, education, community spirit, self-governing institutions, and opposition to authoritarianism both political and religious, with the scientific and tolerant values of the Enlightenment. In the words of historian Henry Steele Commager, "In a Franklin could be merged the virtues of Puritanism without its defects, the illumination of the Enlightenment without its heat." To Walter Isaacson, this makes Franklin "the most accomplished American of his age and the most influential in inventing the type of society America would become." For many years he was the British postmaster for the colonies, which enabled him to set up the first national communications network. He was active in community affairs, colonial and state politics, as well as national and international affairs. From 1785 to 1788, he served as governor of Pennsylvania. Toward the end of his life, he freed his own slaves and became one of the most prominent abolitionists. His colorful life and legacy of scientific and political achievement, and status as one of America's most influential Founding Fathers, have seen Franklin honored on coinage and the $100 bill; warships; the names of many towns, counties, educational institutions, namesakes, and companies; and more than two centuries after his death, countless cultural references.
Loading...
or support indie stores by buying on