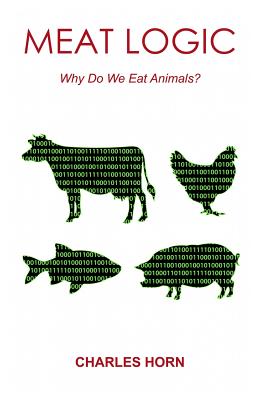 Why Do We Eat Animals?

Why do we eat animals? Most of us think this question is absurd, but if pressed to answer we tend to provide one of a number of rationalizations. For example: "Humans are omnivores." "Every living thing eats other living things." "Animals don't possess human cognition." "Humans need to eat animals to live." We've all heard these arguments before, and many others too. Maybe we've even used these arguments ourselves. But are they logically sound? Or is eating animals in fact a prejudice, involving a thought process similar to the thought process behind racism and sexism? How exactly could the subject of eating animals teach us anything about prejudice and human rights? And supposing humans actually did need to eat animals to stay healthy, what can logic tell us about how we should act in such a situation? In this book we examine 31 categories of rationalizations for eating animals and put them all to the test. Do our thoughts and actions stand up to rational scrutiny or not? And if our thought process is ever failing us, can this be illuminated? Along with presenting a review of some of the important philosophical literature on the subject, Meat Logic examines the logic of eating animals to answer the age-old question once and for all. You may never think of food the same way again.

Charles Horn is an award-winning and Emmy-nominated writer. He has written for the wildly popular Robot Chicken and Robot Chicken: Star Wars as well as the hit animated sitcom Fugget About It. He also has a Ph.D. from Princeton University and holds five degrees in engineering and mathematics.
or support indie stores by buying on
Copyright © 2020 American Booksellers Association