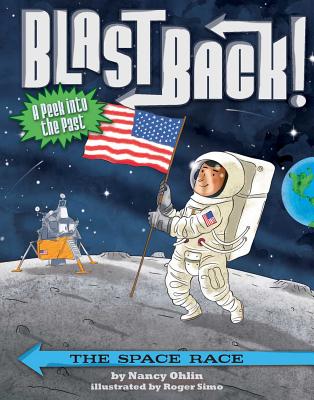 The Space Race (Blast Back!)

Get ready to blast back to the past and learn all about the Space Race!

When people think about the Space Race, things like astronauts and the Soviet Union may come to mind. But why was there a race, and who won anyway? This engaging nonfiction book, complete with black and white interior illustrations, will make readers feel like they've traveled back in time. It covers everything from the Cold War to the moon landing, and more. Find out interesting, little-known facts such as how the moon has an unpleasant odor and how a prototype of the ballpoint pen was invented by NASA for astronauts to use in zero-gravity conditions! The unique details along with the clever and humorous interior illustrations make this series stand out from the competition.

Nancy Ohlin is the author of the Blast Back! series, the YA novels Always, Forever and Beauty, and the early chapter book series Greetings from Somewhere under the pseudonym Harper Paris. She lives in Ithaca, New York, with her husband, their two kids, four cats, and assorted animals who happen to show up at their door. Visit her online at nancyohlin.com.

Roger Simó is a children's book illustrator whose passion for illustration began as a kid when he would spend his school days doodling in the margins of his books. He lives in Barcelona with his wife, son, and greyhound named Duna.
Loading...
or support indie stores by buying on