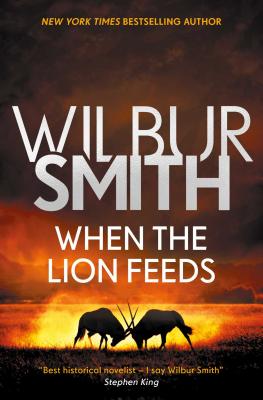 When the Lion Feeds (The Courtney Series

The When The Lion Feeds Trilogy #1)

BROTHERS BY BIRTH. ENEMIES UNTIL DEATH.

Heirs to their father's fortune, destiny divides the Courtney twins from the start. Sean Courtney is strong, determined and adventurous, while Garrick Courtney is eager to escape the hardships of cattle-rearing, preferring to stay indoors with a book.

But when Garrick is suddenly forced to take ownership of the family farm, Sean must explore the opportunities awaiting him: the rush and horrors of the Zulu Wars, the women who will fall for his charms, the rise and fall of gold fever and the deadly thrills of big game hunting on the African plains.

Meanwhile, Garrick Courtney, left to manage the farm he loathes, wishes only for a quiet life. Happiness seems within his grasp with the beautiful Anna Van Essen, one of the broken-hearted women Sean left in his wake, but he is devastated when tragedy strikes once more.

As both brothers seek to realize their destinies, they find their paths must once again cross in a bitter showdown. Can either brother thrive while the other still lives??

When the Lion Feeds is the iconic debut novel from Wilbur Smith, one of the bestselling and most beloved authors of the 20th century.