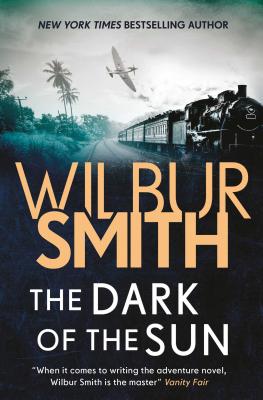 Dark of the Sun

A standalone thriller from Wilbur Smith

A gendarme snatched up his rifle from where it lay at his feet; Bruce saw him elbow his way towards the side of the truck to begin firing; he was working the slide to lever a round into the breech. "Mwembe!" Bruce shouted the gendarme's name, but his voice could not penetrate the uproar. In two seconds the whole situation would dissolve into a pandemonium of tracer and bazooka fire.' Hired to kill. Fighting to live. Captain Bruce Murray has a simple enough mission or so he thinks: lead his mercenary soldiers to rescue a town cut off by rebel fighting in the Belgian Congo. It soon becomes clear that the town's diamond supplies are the real focus of the mission she's been sent on. Although Murray soon finds something more valuable than diamonds, and will do anything to protect it. But there's one thing Murray hadn't counted on -- that his most deadly enemies may not be the ones he's facing down the barrel of a gun, but the ones who are right beside him...