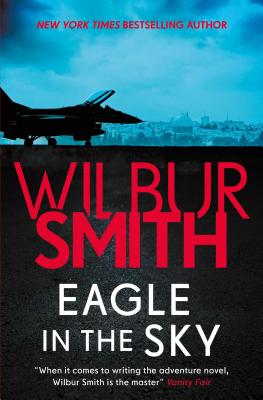 Eagle in the Sky

The Syrian plane disintegrated, evaporating in a gush of silvery smoke, rent through with bright white lightning, and the ejecting pilot's body was blown clear of the fuselage. For an instant it was outlined ahead of David's screen, cruciform in shape with arms and legs thrown wide, the helmet still on the head, and the clothing ballooning in the rush of air.' He chose this life. And it may cost him everything. From a young age it's clear that David Morgan is 'bird'-a natural pilot, most at home in the air. In the South African Air Force he receives plaudits beyond his years, and even his family begins to accept that David will do anything to stay away from the Morgan billion-dollar business, and to keep flying instead. Following his dream and in pursuit of Debra, a beautiful young Israeli writer, David soon joins the Israeli Defence Force and finds himself caught up in the country's struggles. But when he pays a terrible price for his choices, will he be able to become the man he always hoped -or will he choose to disappear into the skies?