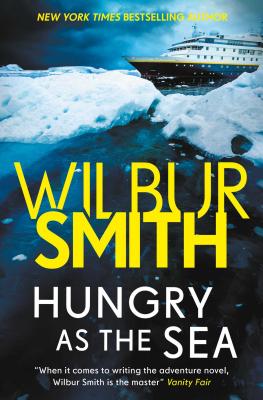 Hungry as the Sea

“Each time it seemed that she could not rise in time meet the cliff of water that bore down her. The water was black under the grey sunless sky. Nick had lived through typhoon and Caribbean hurricane, but had never seen water as menacing and cruel as this.” His toughest challenge. His final hope. Nick Berg has lost everything — his wife, his son, and his position in the company he has given his life to —all to his nemesis, Duncan Alexander. His only hope now is the Warlock, a top-of-the-range salvage boat that will be his final gamble. The very first call the boat gets: one of his former company’s antarctic cruisers, going down in a terrible storm with six hundred lives aboard. Even if the rescue is successful, Nick will discover that Duncan Alexander has other plans for him, and a terrifying plan for the future of the company. One which may have cataclysmic effects on the world’s oceans, and the lives of everyone he loves…